In “Play of the Year” (March 1943), a theater producer sabotages a rival’s production by faking a measles outbreak among the cast. The boarding house where they’re all staying is immediately quarantined.

Of course, this is a Jay Garrick Flash story, so there’s a madcap solution: the Flash will perform every part in the play at once!

Golden Age Flash vs. the Measles

As someone who grew up after the measles vaccine, I tended to think of it as not a big deal, just one of those childhood diseases that previous generations had to deal with. So back in the mid-2000s when I was tracking down every Golden Age Flash story I could find, I was surprised to see that Flash Comics #39 treated it as serious business (which, of course, it is). 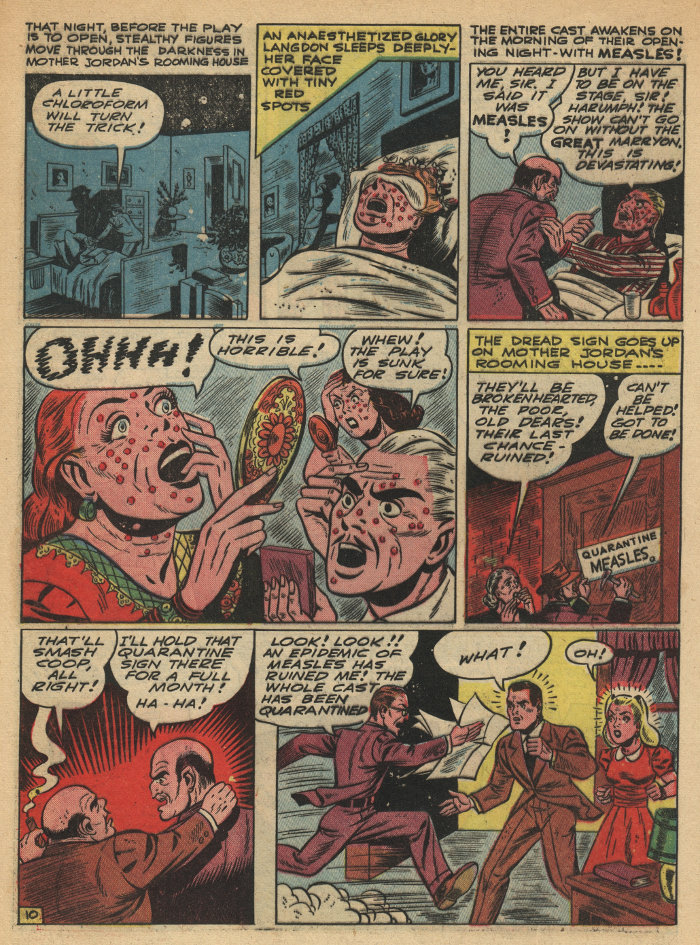