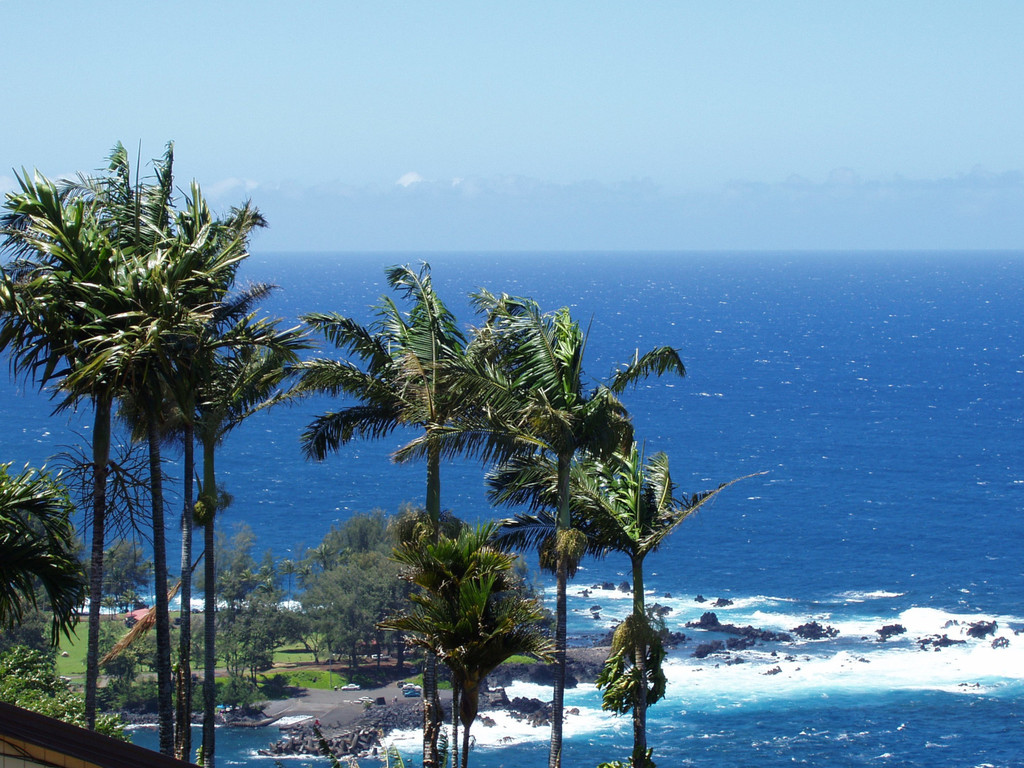 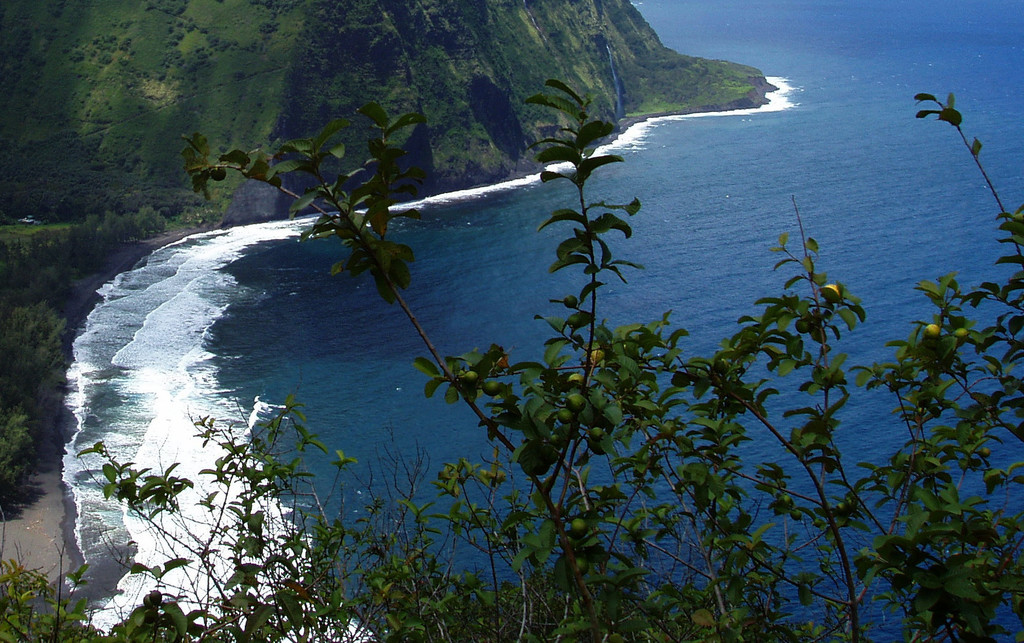 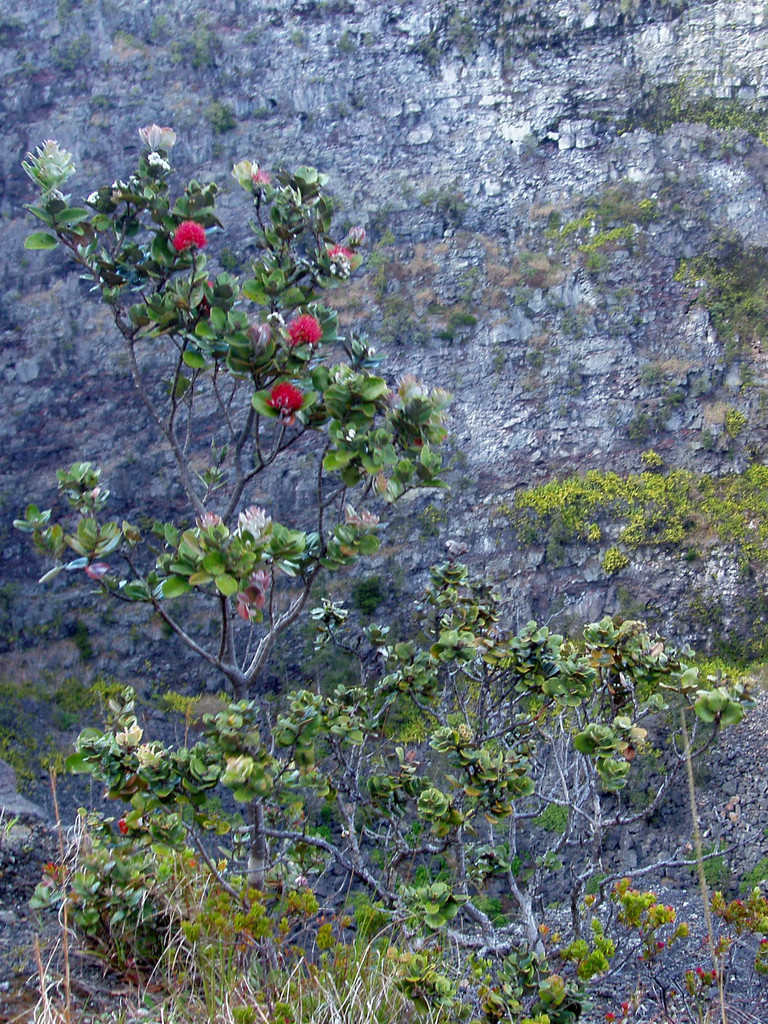 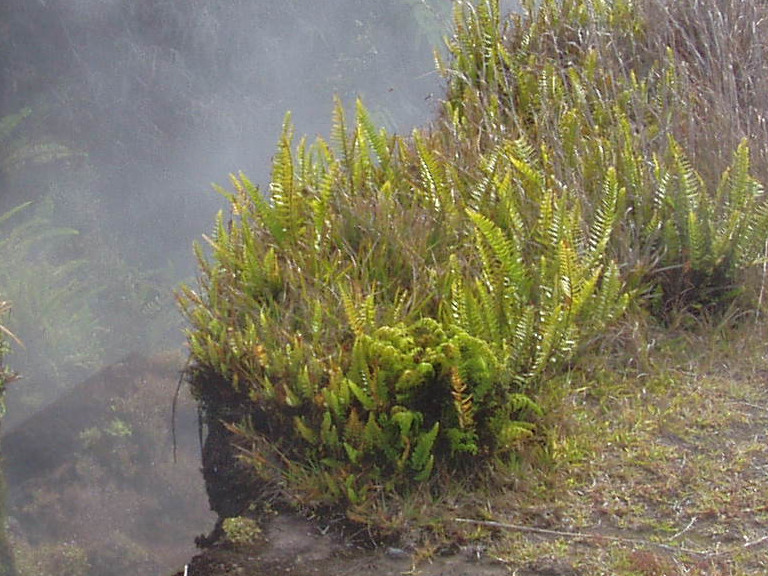 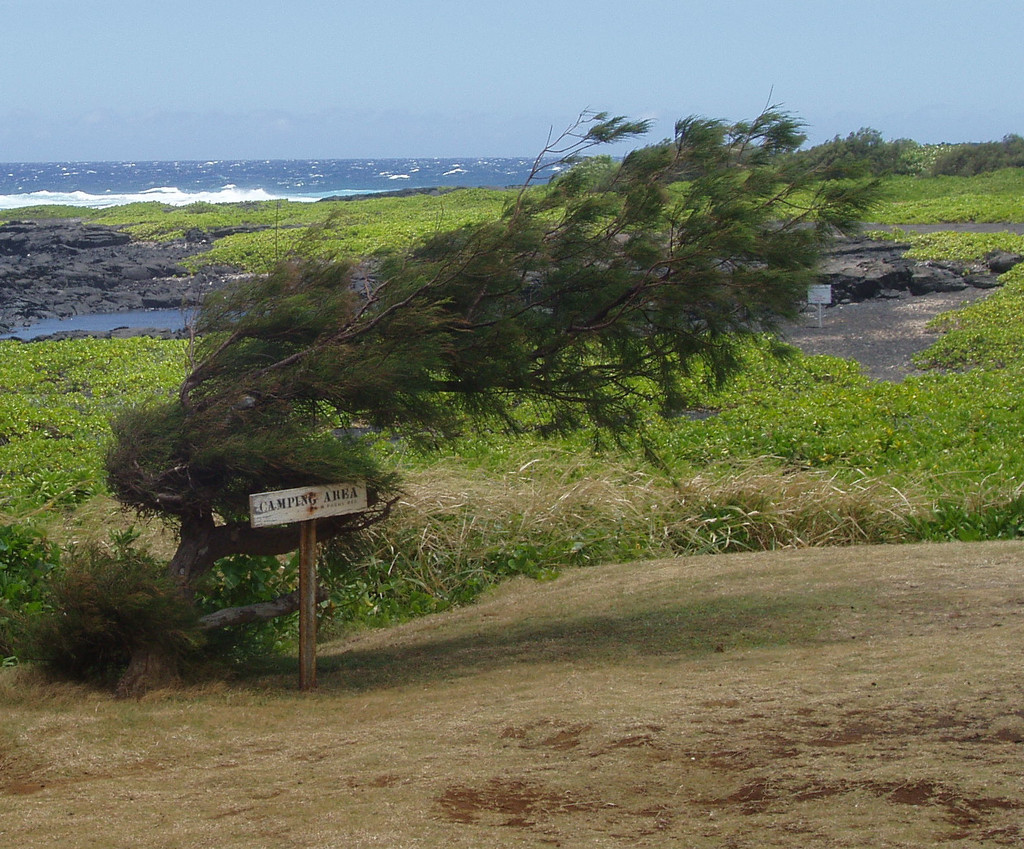 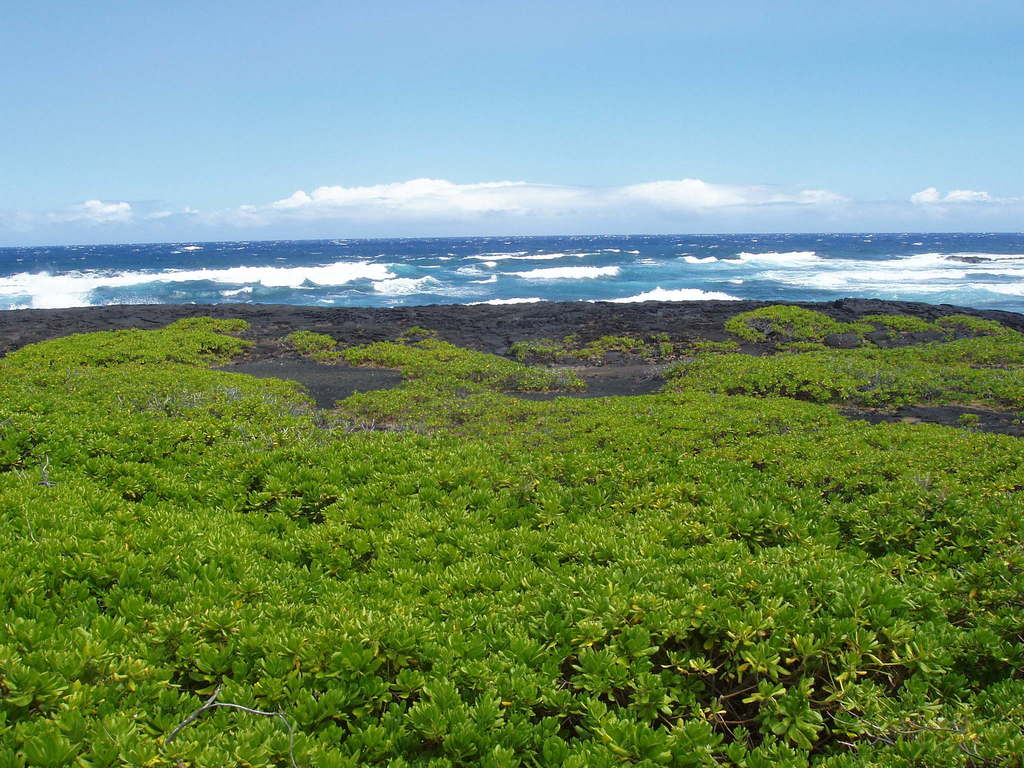 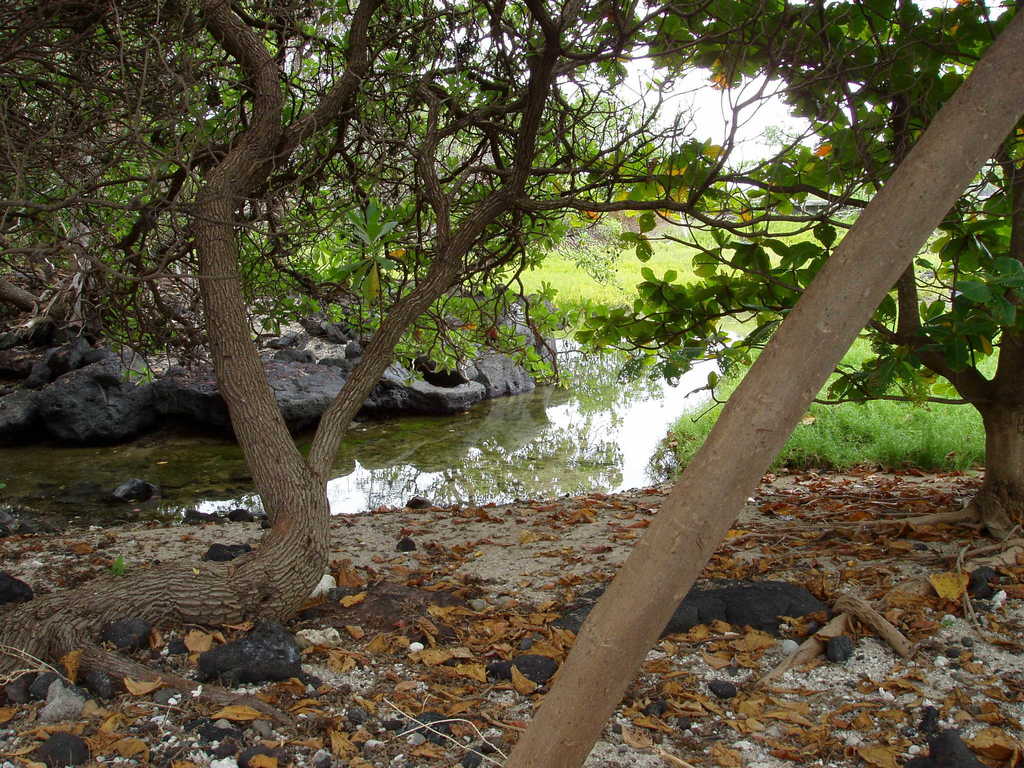 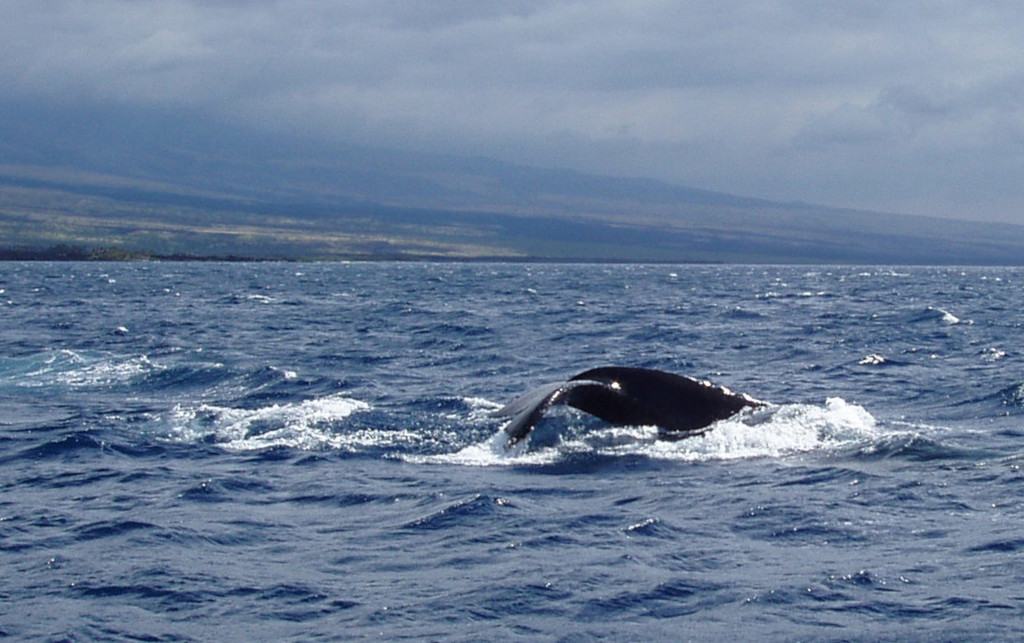 This was my first digital camera, and my first real frustrating experience with the delay between pressing the button and actually capturing the image. It’s just not fast enough to capture an image of a whale breaching the surface.

I have lots of pictures of splashes.

This was the best image I got where you can actually see part of a whale! 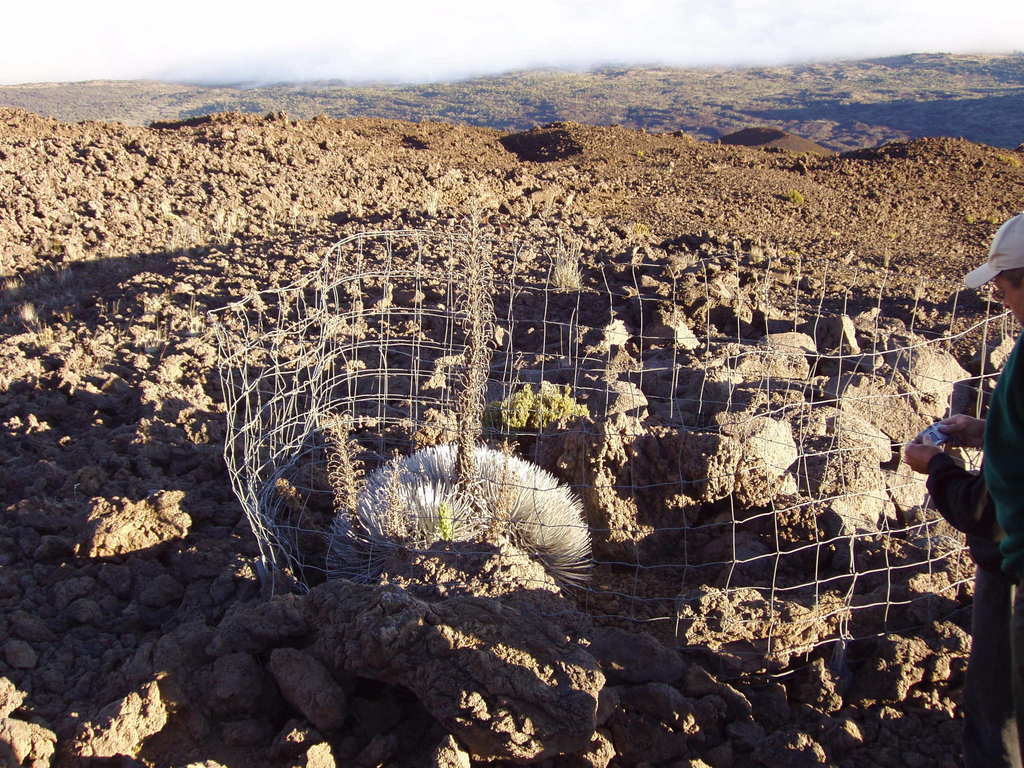 On the upper elevations on Mauna Kea…and just about nowhere else…grows the endangered Silversword . Park rangers actually planted one near the side of the road and put a fence around it so that visitors could see it without hiking through the 11,000-foot-high wilderness. 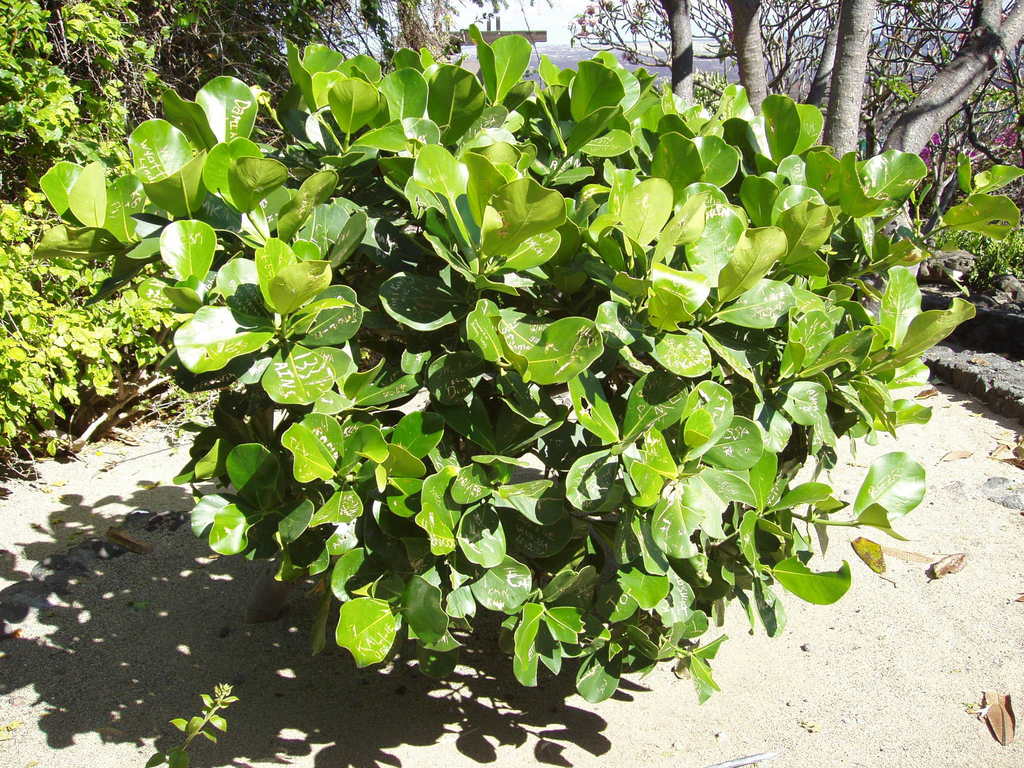 Scratches on the leaves persist for a long time, making it possible for people to write initials, names, etc. on them. 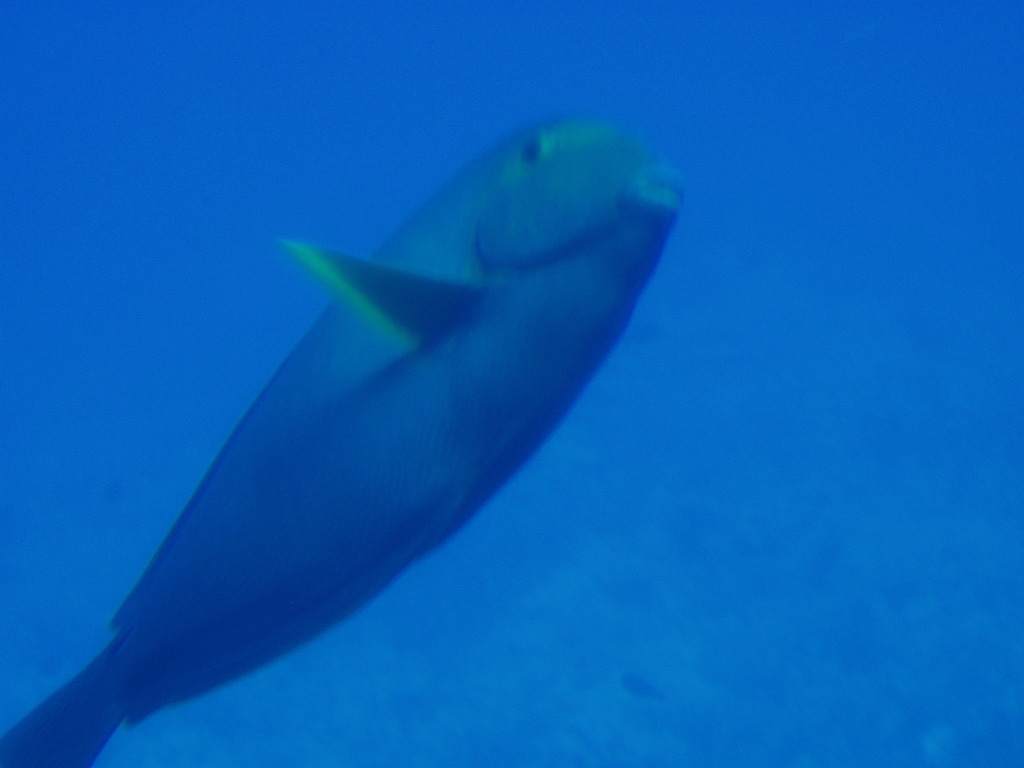 These are a few shots from the grounds of a hotel in #Hawaii that isn’t there anymore.

The open-air lounge jutted out over #tidePools made of #lavaRock. A bridge labeled Kapu (forbidden) led to the next resort over, which had already been torn down.

It was on the Kona (west) side of the Big Island, and was demolished last year to make way for an educational/cultural center. Since there are several heiau ruins on the property, that’s probably a better use of it.

Realized in all the editing I dropped the *name* of the place. It was the Keauhou Beach Resort. I stayed there for a week in 2005, and took these pictures on an afternoon (or morning) when we weren’t going anywhere else. 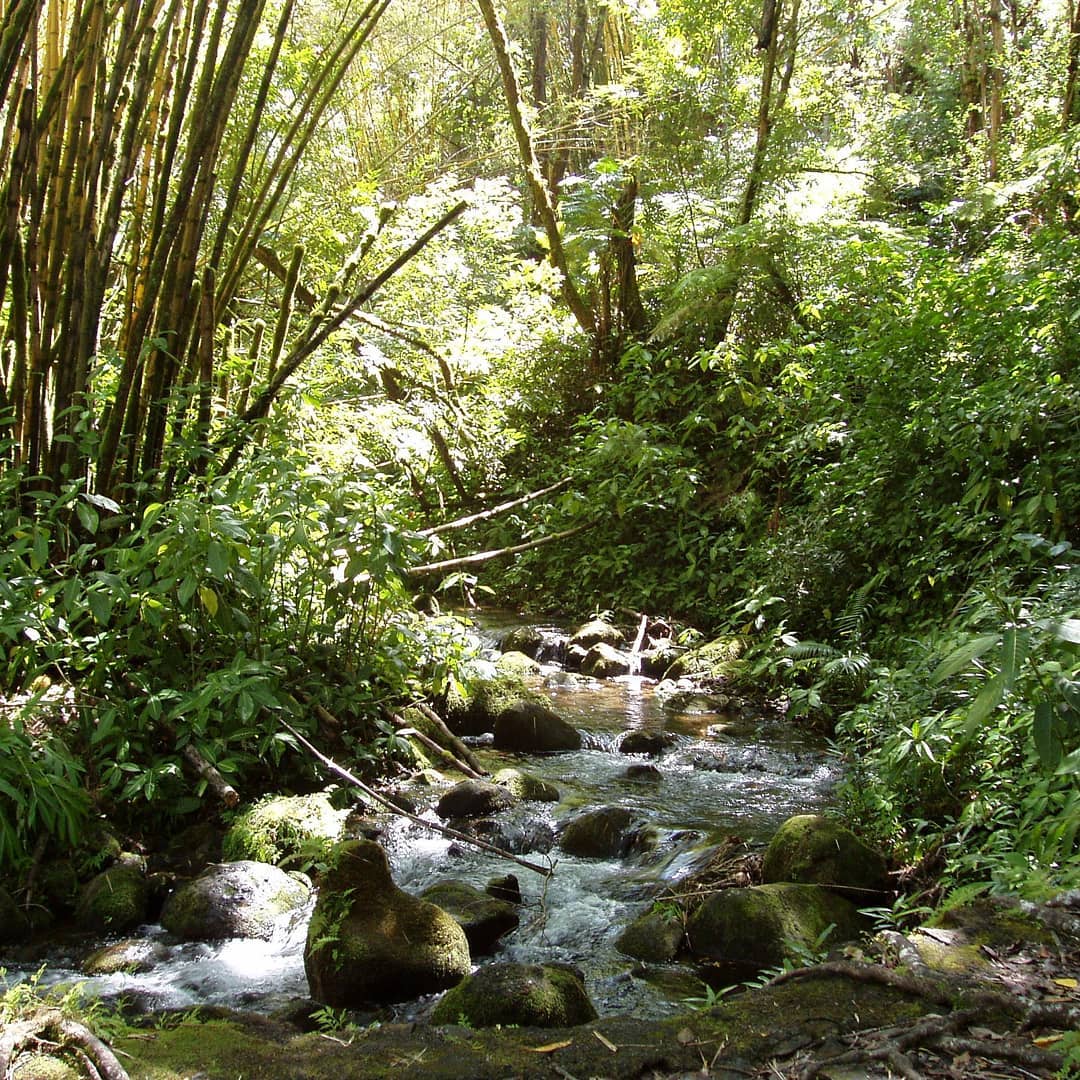 Flashback: A #tropical #stream in #Hawaii, somewhere along the trail to the 420-ft Akaka Falls on the Big Island. I’ve been digging out the originals of photos I posted in low resolution back in the day. This seemed like a good one for #EarthDay.

Correction: 440 feet. Not that they’re in this photo anyway.

Back in 2005, I visited the #Kilauea #volcano in #Hawaii. There were active lava flows at the time, but the main caldera was only venting gases (this was before the lava lake *formed* in Halema‘uma‘u).

I followed the road around the main caldera, then down to the coast to see where lava flows had obliterated the road and look at active flows waaaay off in the distance.

With the current eruption transforming the area, I’ve just uploaded an album to Flickr

On Photog.Social
Cross-Posted on K2R

In 2005 I visited the Kilauea volcano on Hawaii. With the current eruption closing so much, I thought I’d post some photos from that trip. 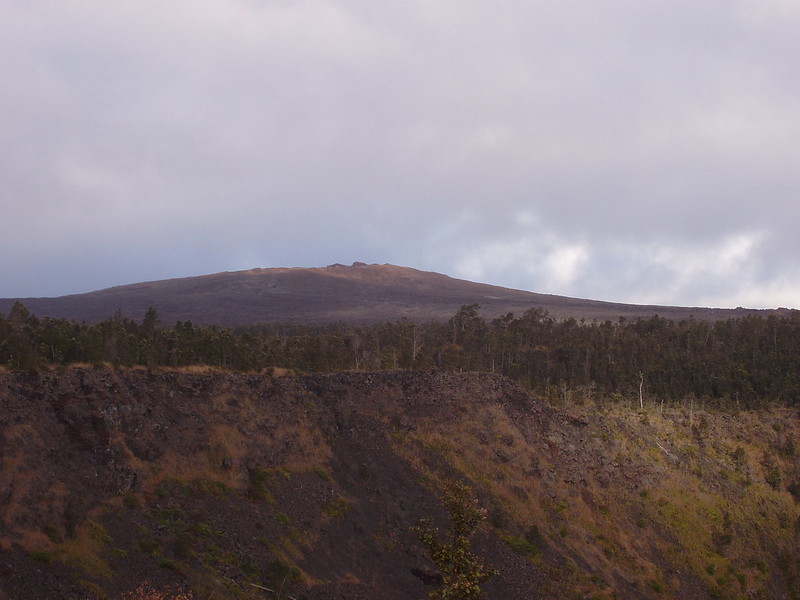 Mauna Ulu (“new hill”), which formed during a 5-year eruption from 1969-1974. We didn’t have time to hike out to it, so we just got a couple of views like this one from spots closer to the road. 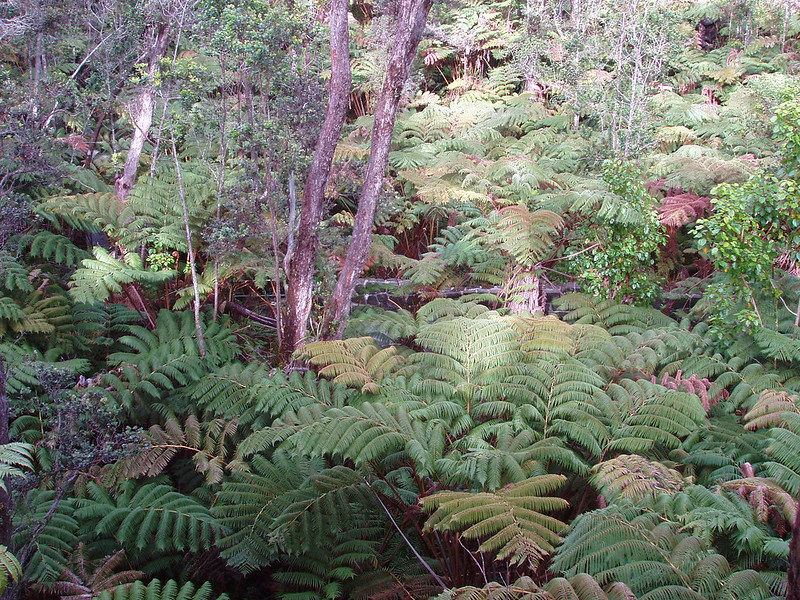 Hawaii is full of microclimates. A few miles away, the surface is desert. Here, near the Thurston Lava Tube, is an actual rain forest. 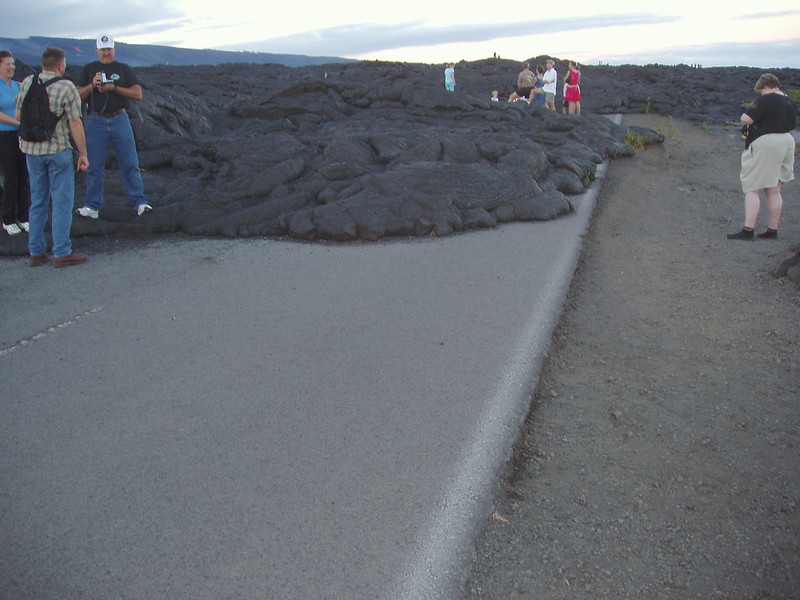 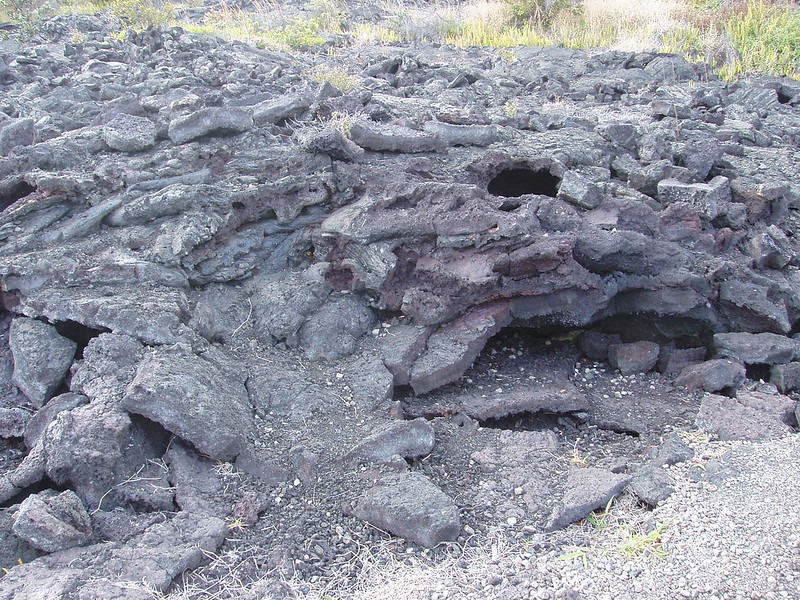 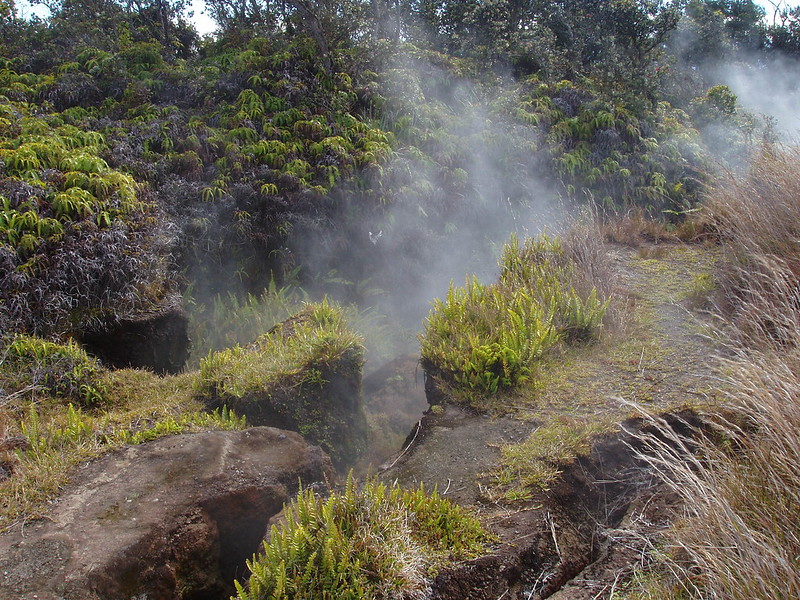 This part of the island is comparatively arid (and the “repaving” it gets every few decades can’t help much), but the moisture from these vents creates its own mini ecosystem. Compare this to the dry grass in the previous shot 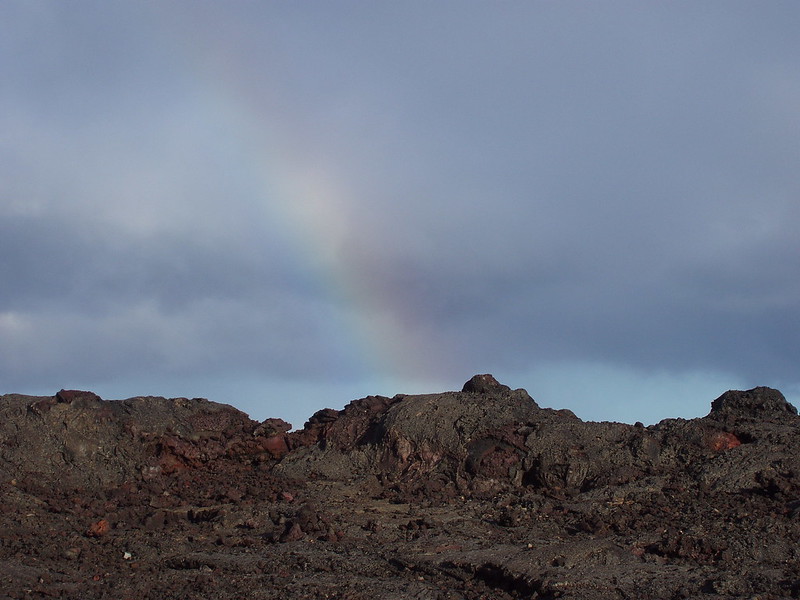 Even the vapor and dryness of the lava fields didn’t preclude Hawaii’s trademark rainbows!