An interesting read on decentralizing the internet, from social networking outside of Facebook & Twitter to building mesh networks that don’t even need ISPs.

Replacing the Pillars of the Internet – Mastodon Blog – Medium

The future of the internet is bright, and it’s decentralized.

Check out a before and after view of how the year’s biggest storm boosted Sierra Nevada snowpack.

Fight For The Future

Every few months, the kiddo stumbles on this music video again.

Facebook is plugging a VPN app they own. It lets you hide your non-FB activity from your ISP and let Facebook collect that data instead.

Onavo Protect, the VPN client from the data-security app maker acquired by Facebook back in 2013, has now popped up in the Facebook iOS app itself, under the..

In the 1980s, California towns used local zoning rules to block offshore oil and gas drilling. State lawmakers are considering a similar strategy to push back against the Trump administration.

The Dawn of Solar Windows

Future skyscrapers will harvest energy from the sun with photovoltaic windows

What the Count of Monte Cristo Can Teach Us About Cybersecurity

In 1844, Alexandre Dumas described a telecom hack based on insider threats and social engineering

An unpublished comic book of “The Prisoner” by JACK KIRBY not only exists, but is finally being published!

Whoa! An unpublished comic book of “The Prisoner” by JACK KIRBY not only exists, but is finally being published! https://smashpages.net/2018/01/22/lost-kirby-kane-prisoner-comic-coming-from-titan-comics/

Ursula K. Le Guin, Acclaimed for Her Fantasy Fiction, Is Dead at 88

Ms. Le Guin brought literary elegance and a feminist sensibility to science fiction and fantasy tales, drawing millions of readers around the world.

“The key to understanding social media depression lies in the social norm that has emerged around how we manage Facebook’s context collapse in a way that is acceptable in all contexts. That social norm is being your perfect self. And the consequence of that is we are all performing our perfect selves, thus all making each other feel depressed and inadequate.”

To early users, the internet held such promise for people and communities. Now, on the eve of Facebook’s 15th birthday, social media is making people depressed. What happened?

You may think it’s a long walk down to the chemist’s, but that’s just peanuts compared to the solar system.

Every now and again, in interviews and on social media, I’m asked an interesting question: If there was one thing you wish people understood better about astronomy, what would it be? My answer is simple: Scale. Things in space are very, very, very far away. The closest natural object to us, the Moon…

Interesting story about the history of the Los Angeles River (and paving it).

Paving the Los Angeles River wasn’t an egalitarian idea. The plan for revitalizing it should be

As we remake the Los Angeles River once again, we ought to allow the river to re-make us, too — into a more equitable city. 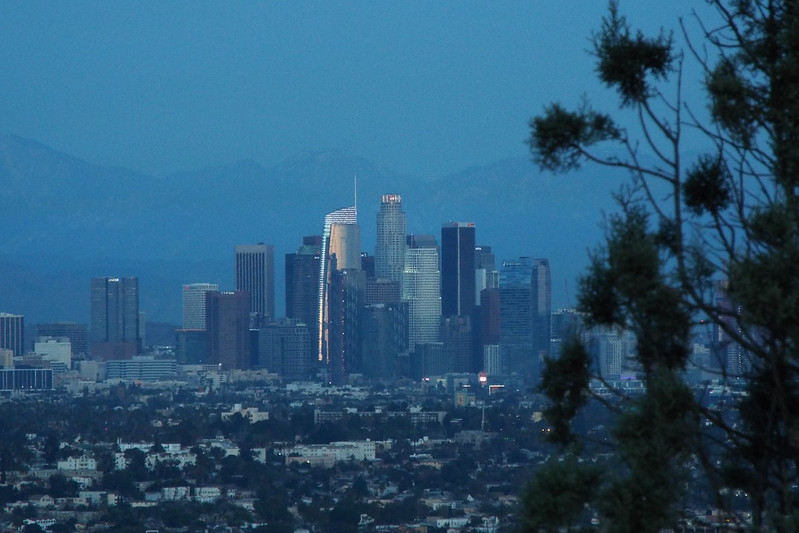 “The leases would be offered in federal waters, which begin three miles offshore and extend to 200 miles offshore. But oil companies must bring that oil onshore to refine and sell it. That’s where they run into state and local jurisdictions.”

There’s a lot state and local governments could do to stand in the way of offshore drilling in federal waters.

TL;DR: 2 vulnerabilities in CPU performance optimization that allow locally-running programs to access either system memory or other applications’ memory. One affects all Intel processors, the other affects all Intel, AMD and ARM – so basically everything from your phone to the cloud server you connect to.

Patches are rolling out for some attack vectors, basically having software do the security checks the hardware is supposed to. But it’s both a performance hit and whack-a-mole.

Meltdown and Spectre exploit critical vulnerabilities in modern processors. These hardware bugs allow programs to steal data which is currently processed on the computer. While programs are typically not permitted to read data from other programs, a malicious program can exploit Meltdown and Spectre…

The main target is a technique called speculative execution, where the CPU uses idle resources to predict the most likely followup instruction and do it ahead of time. If the next instruction comes in and it was right, great, it’s already done! If not, no big deal, it wasn’t doing anything else at the time, so it just rolls back the actions and moves on to what it’s been asked to do.

But it turns out that it doesn’t always roll back completely, and under the right circumstances it can leave traces in memory that another program can read.

More fun: As Brion points out, JavaScript can be used for timing attacks *in the browser*, so vendors are disabling high-precision timing and shared buffers in javascript.

Mt Wilson Towers. Processed to stretch the contrast so you can actually see something. Three things I always test zoom lenses on: Mt Wilson, the LA skyline, and the moon.