Not surprisingly, the moon’s a lot farther away than that tree. 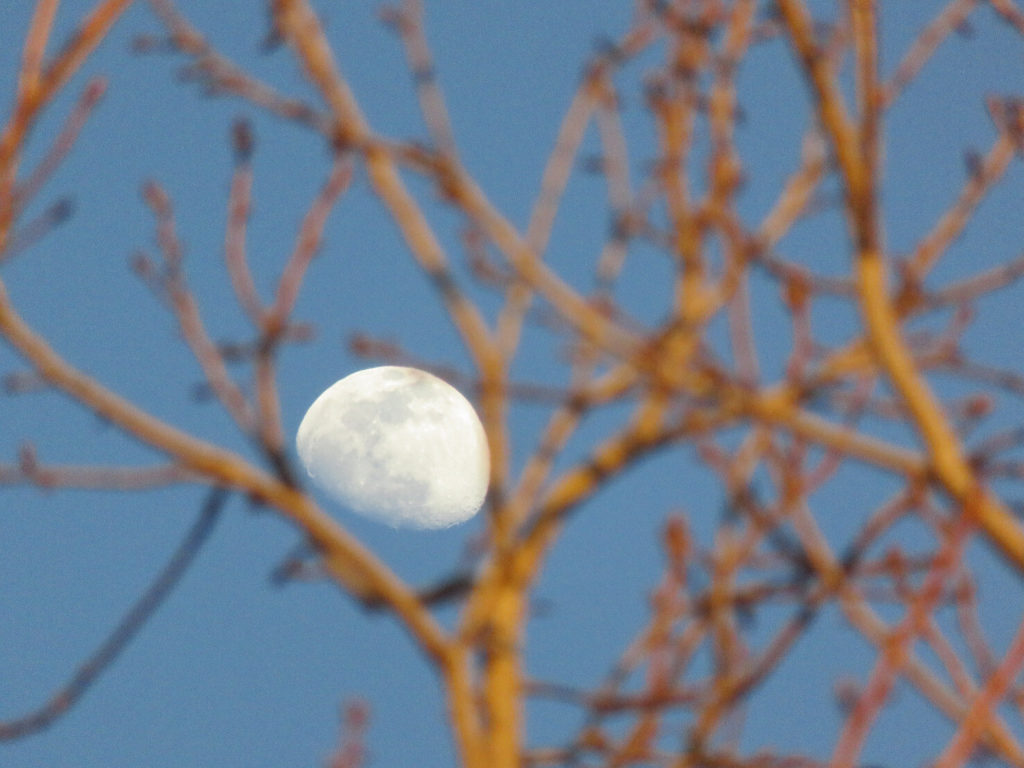 I like how this dark-eyed junco came out, too. 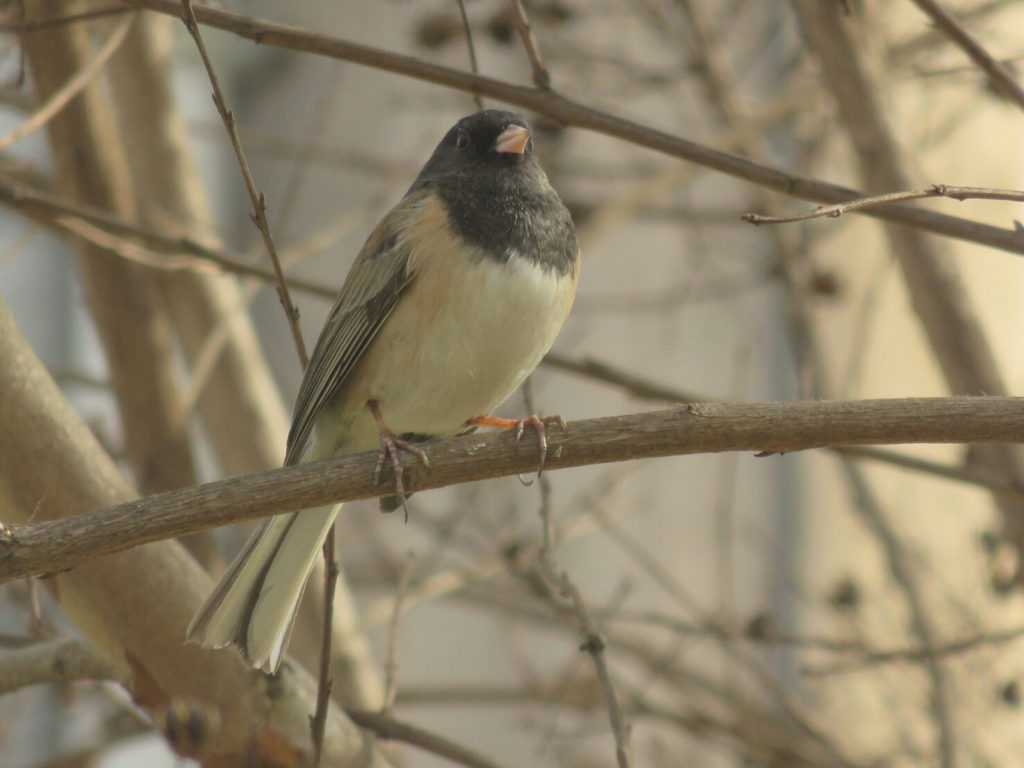 A yellow-rumped warbler from the same walk. 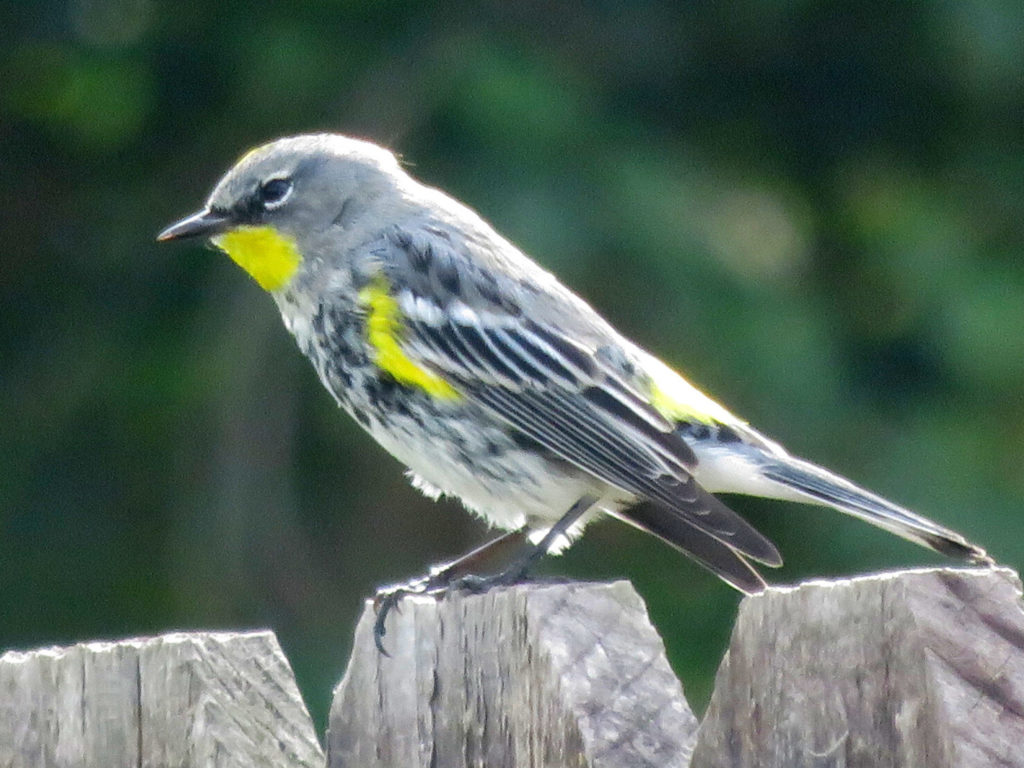 It’s weird how my photography has mostly turned into pictures of birds lately. I blame covid and iNaturalist.

I saw a *lot* of different birds on a walk in the park yesterday. Here are two Western Bluebirds – one male and amazingly bright blue, the other either female or a juvenile male. I’m not happy with the image noise on the first one, but I *really* like the way the second one came out. 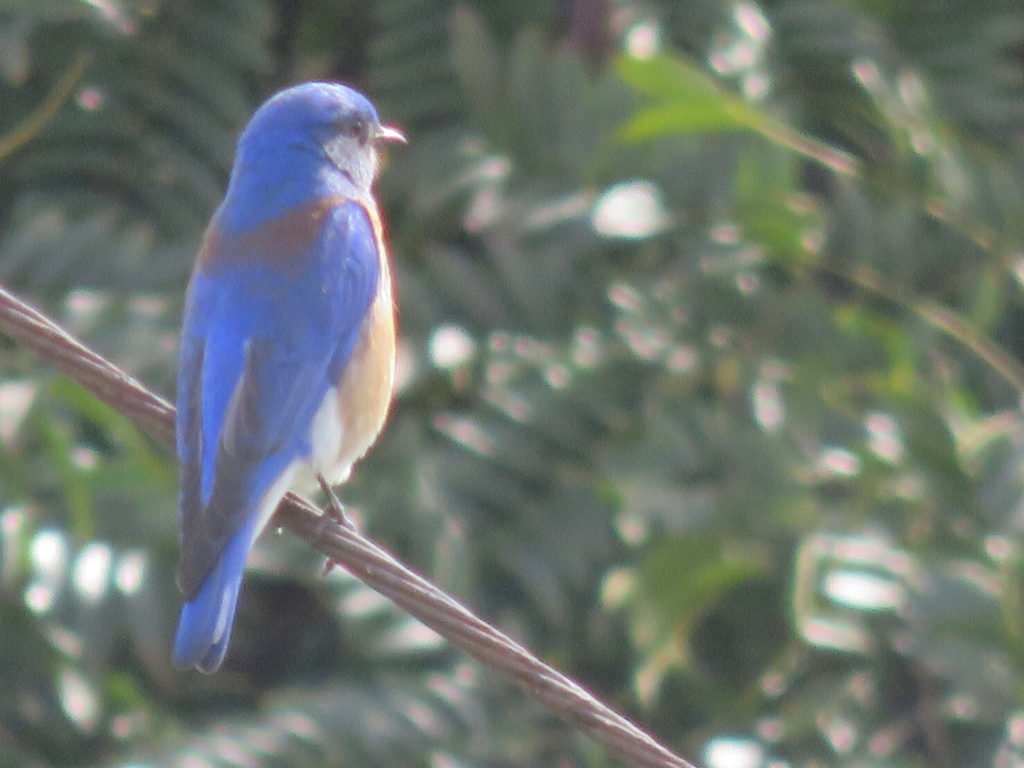 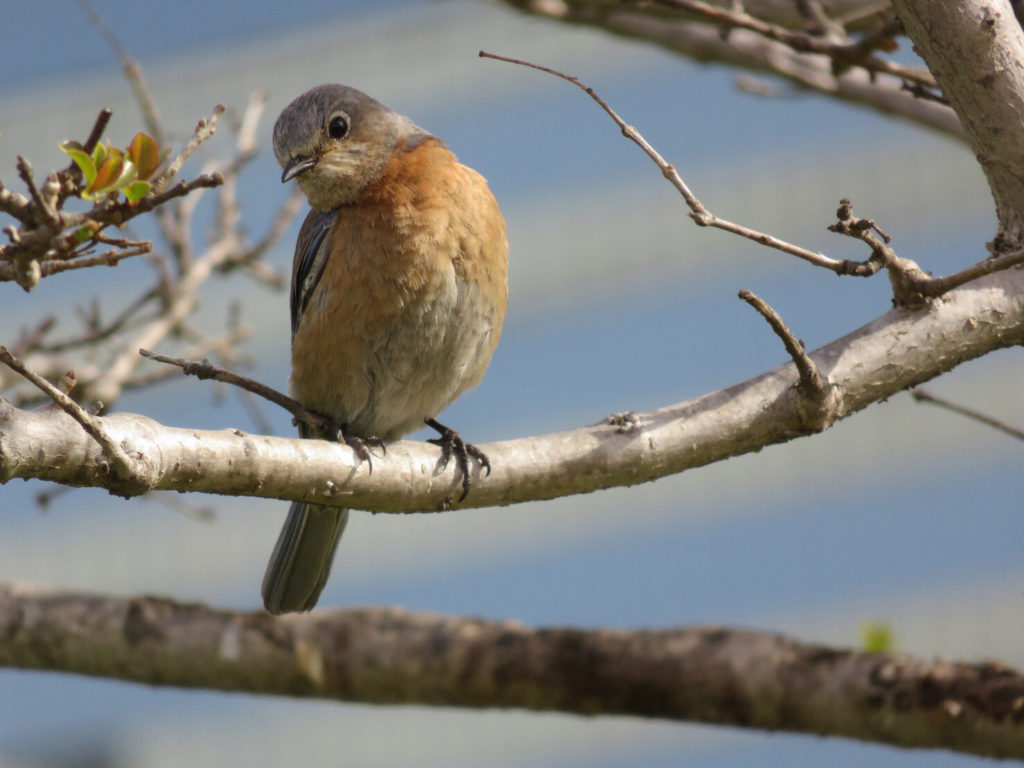 This one appears to be a house finch, though it’s kind of hard to tell. 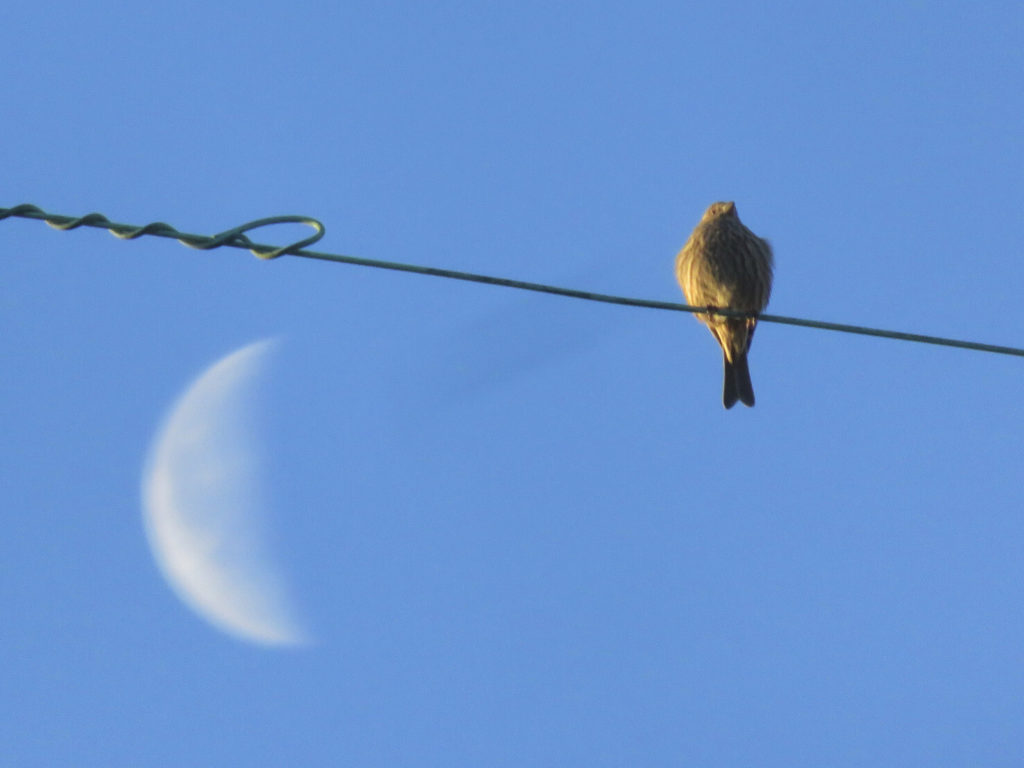 Saw (and heard) a bunch of finches when I went to take the trash bins out this morning.

I saw (and heard) a bunch of finches – some house finches, and at least this one lesser goldfinch – when I took the trash bins out this morning. So I went back in, washed my hands and grabbed the camera. 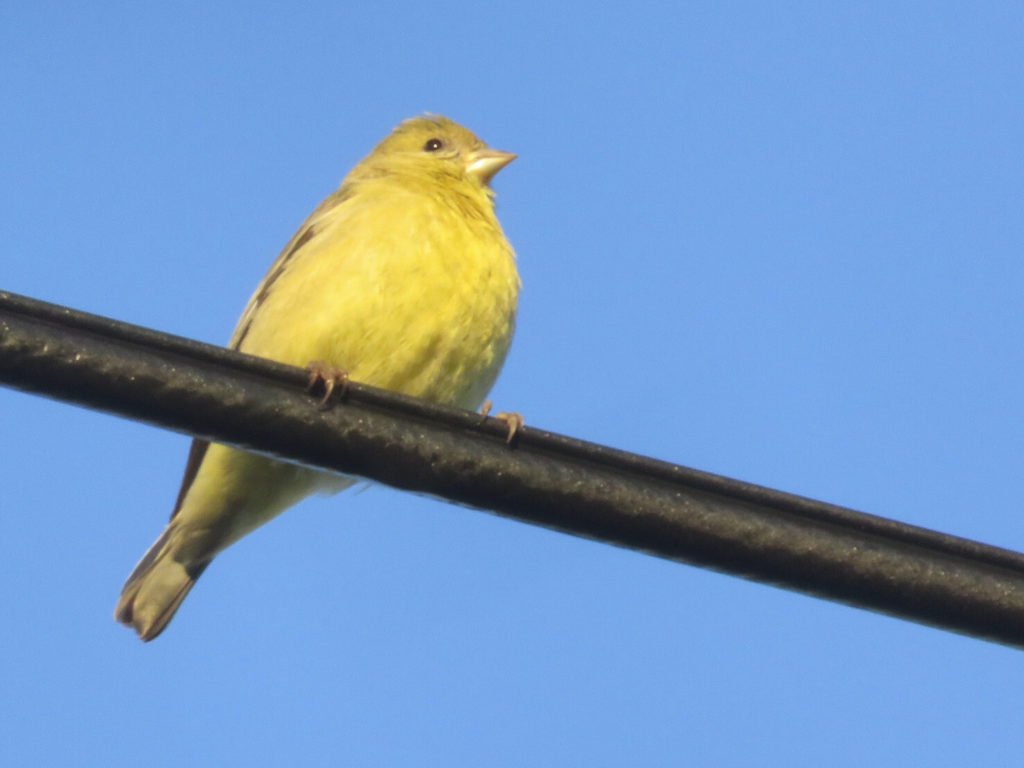 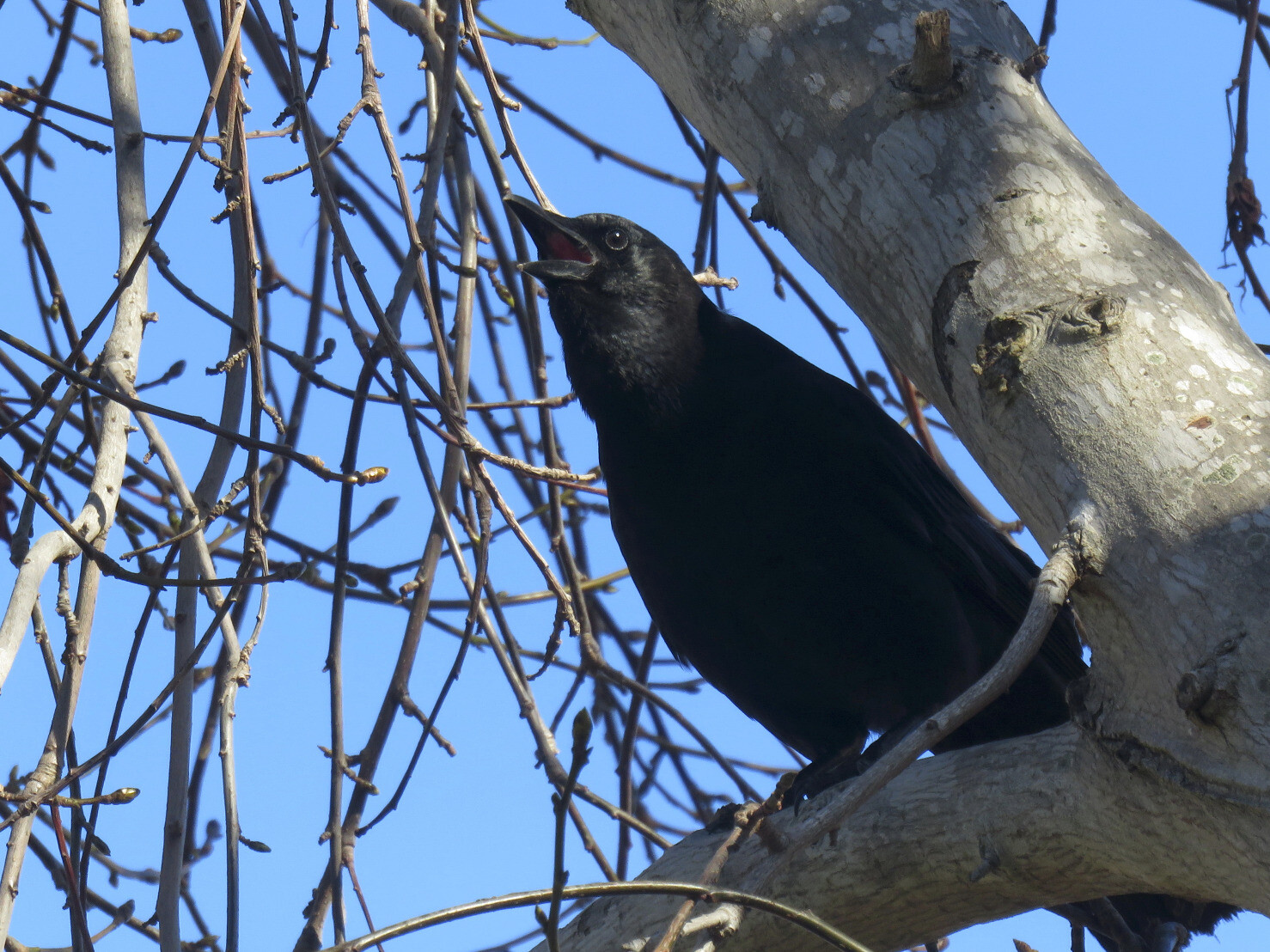 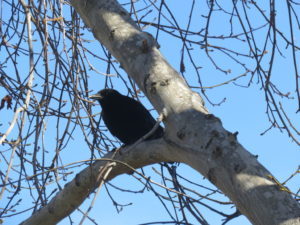 This shot of the same Black Phoebe (after it started to fly off, then decided to just land back on another post) came out a lot better! 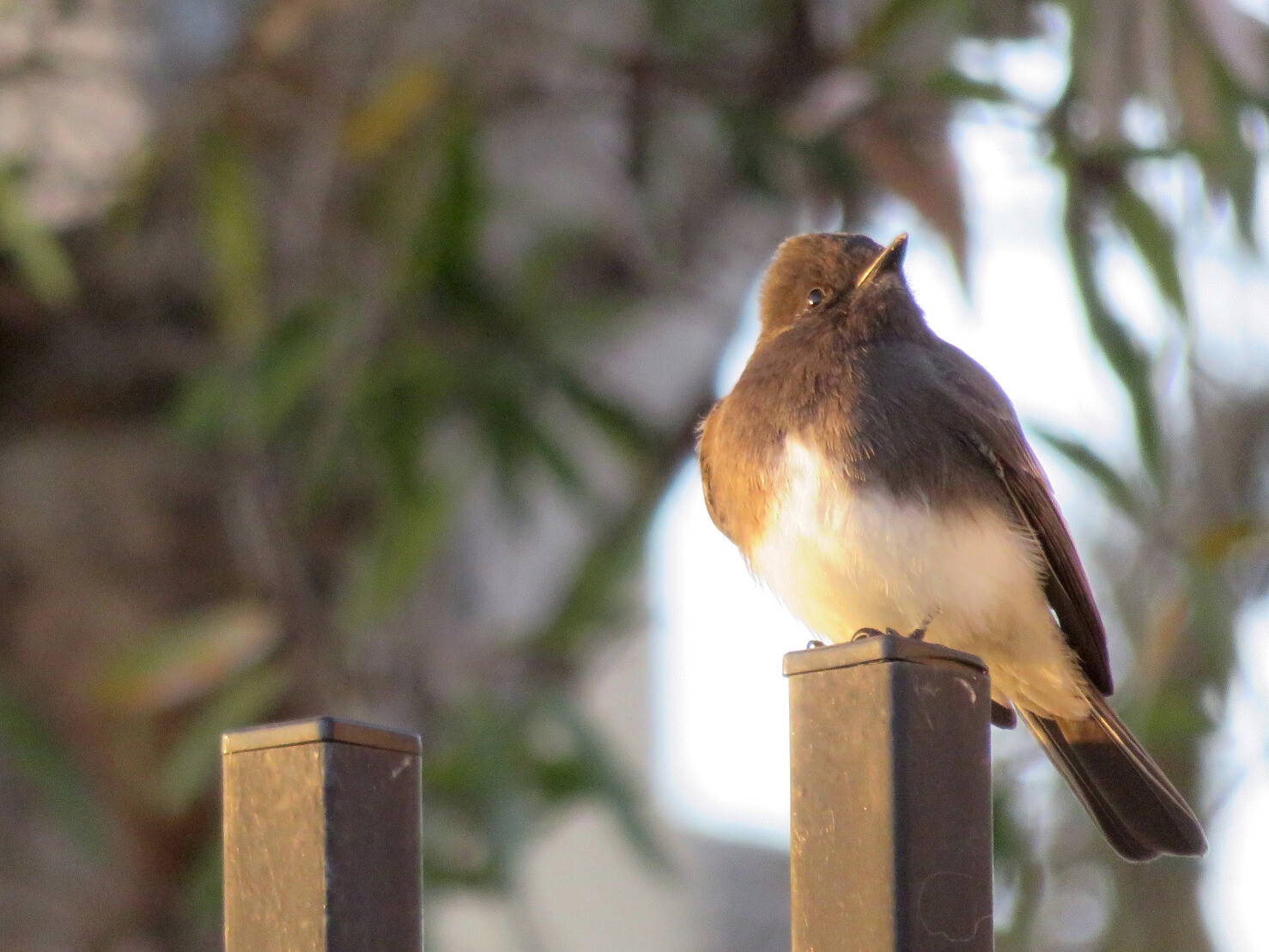 #Fotofails: I had a lot of trouble getting the camera to focus on this Black Phoebe and not the tree behind it, but that wasn’t the problem in this shot. I always think birds look weird when you can only see the backs of their heads. 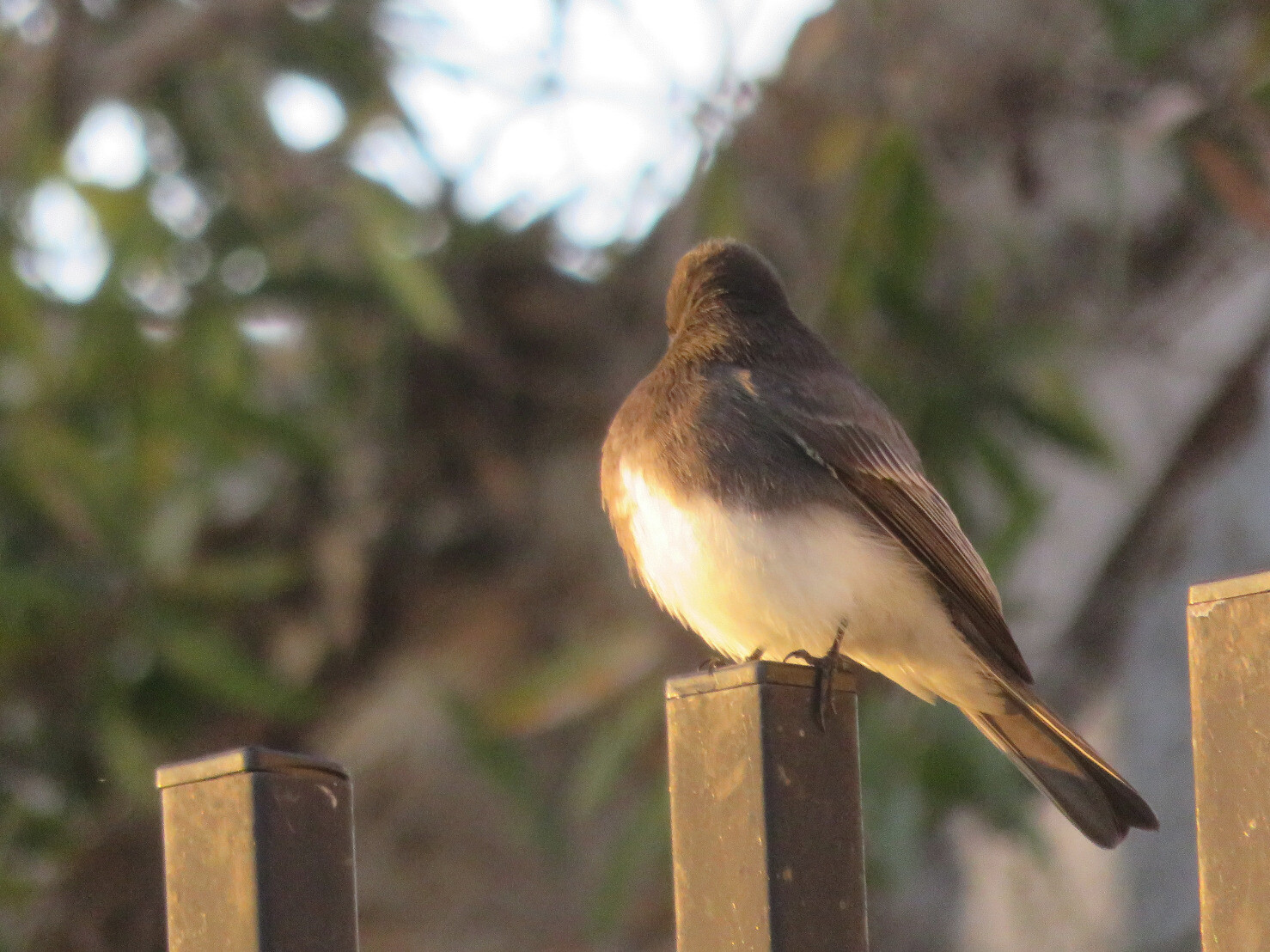 I always like it when you can actually see the green in the post-sunset sky.

Jupiter and Saturn (the night before the conjunction) are barely visible in the upper left. 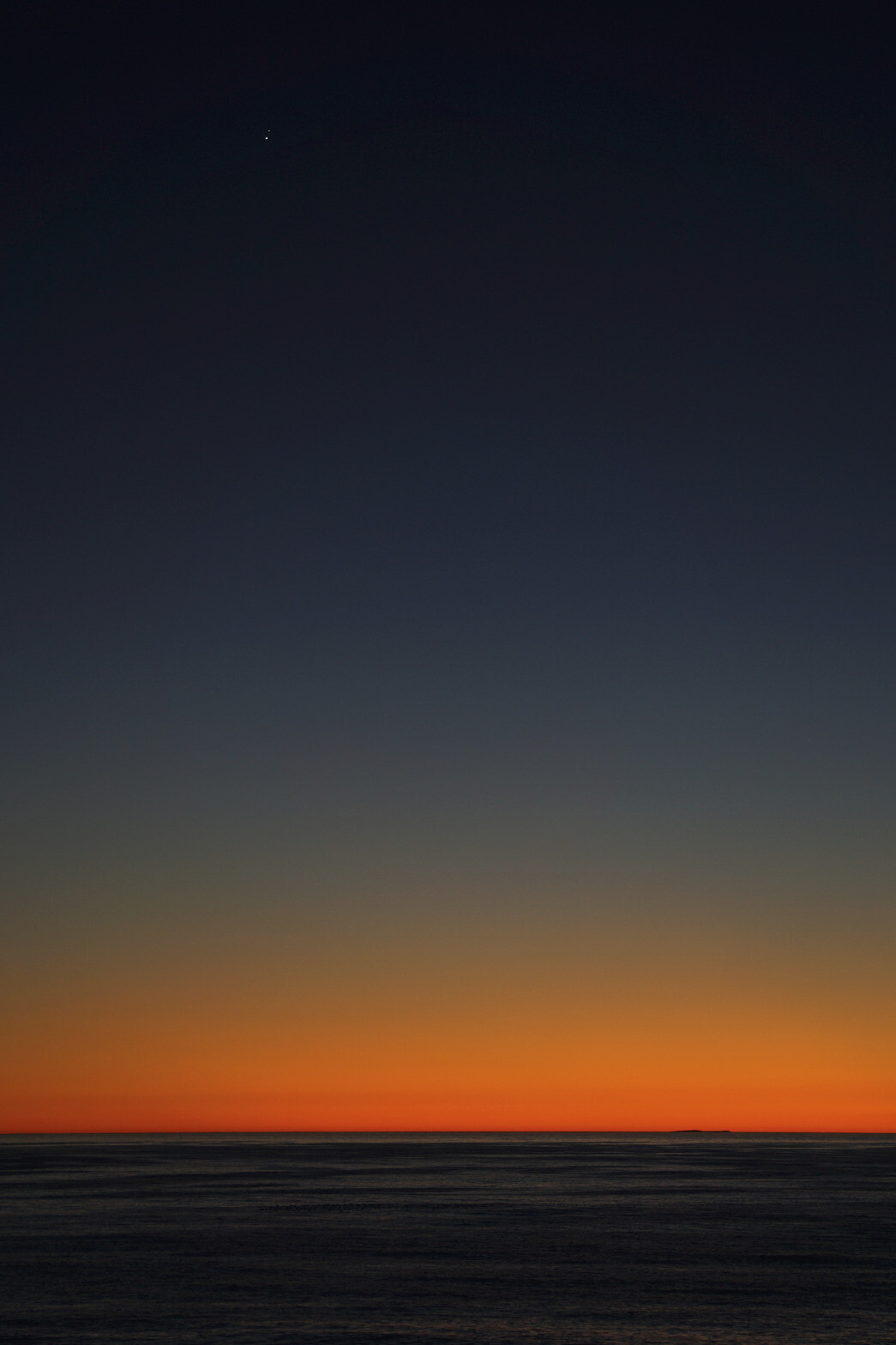 This cell reception is for the birds. 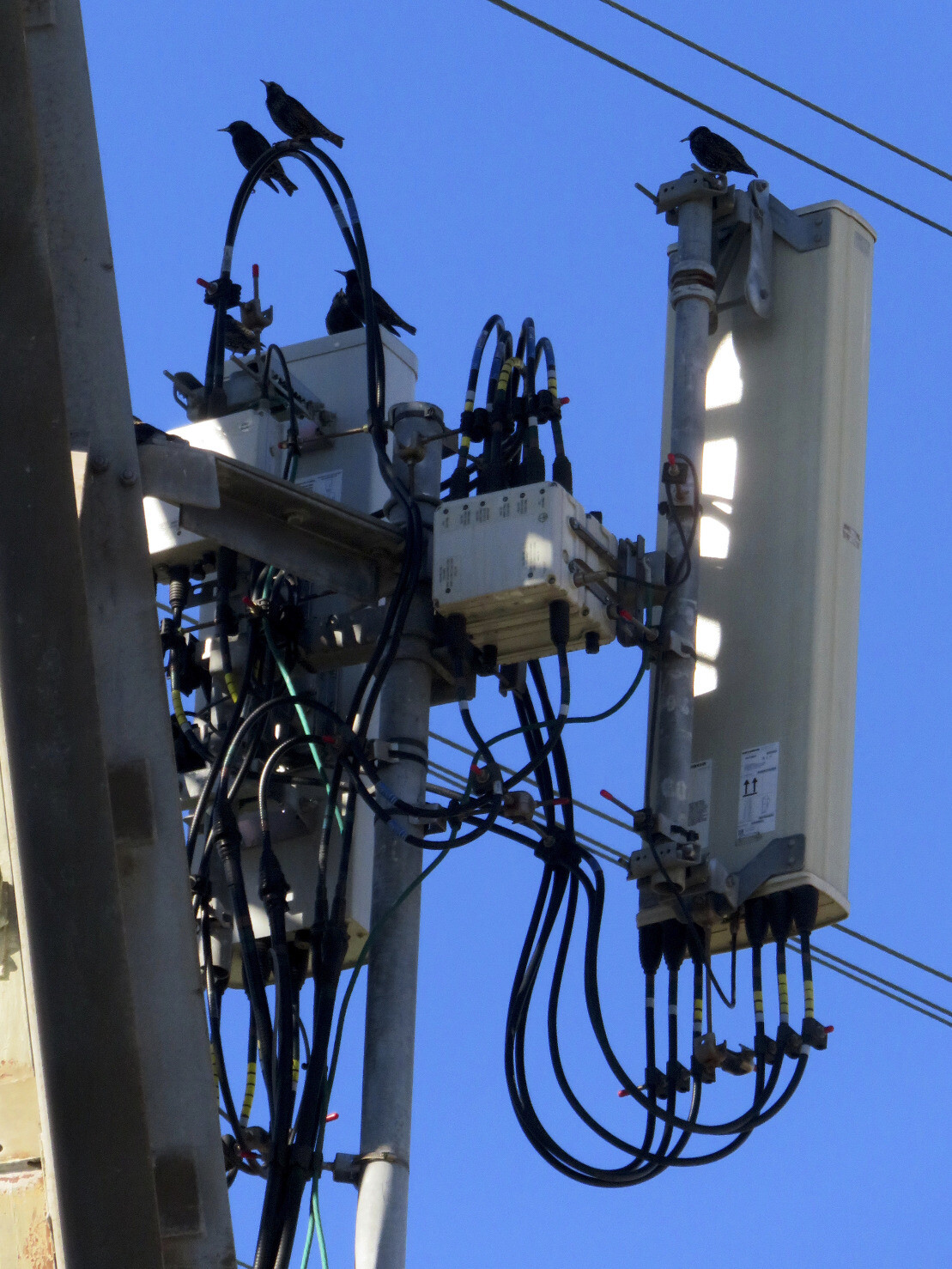 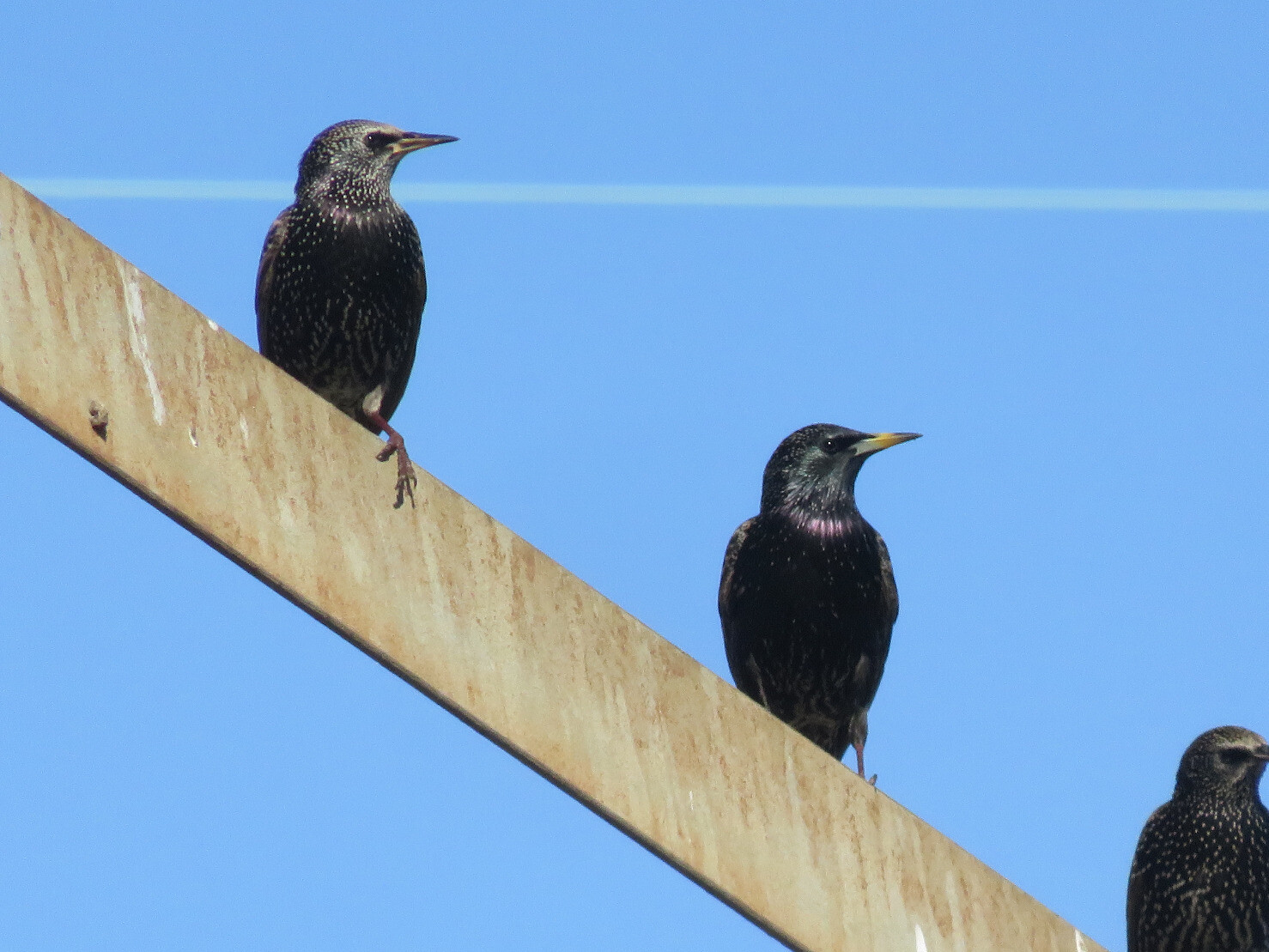 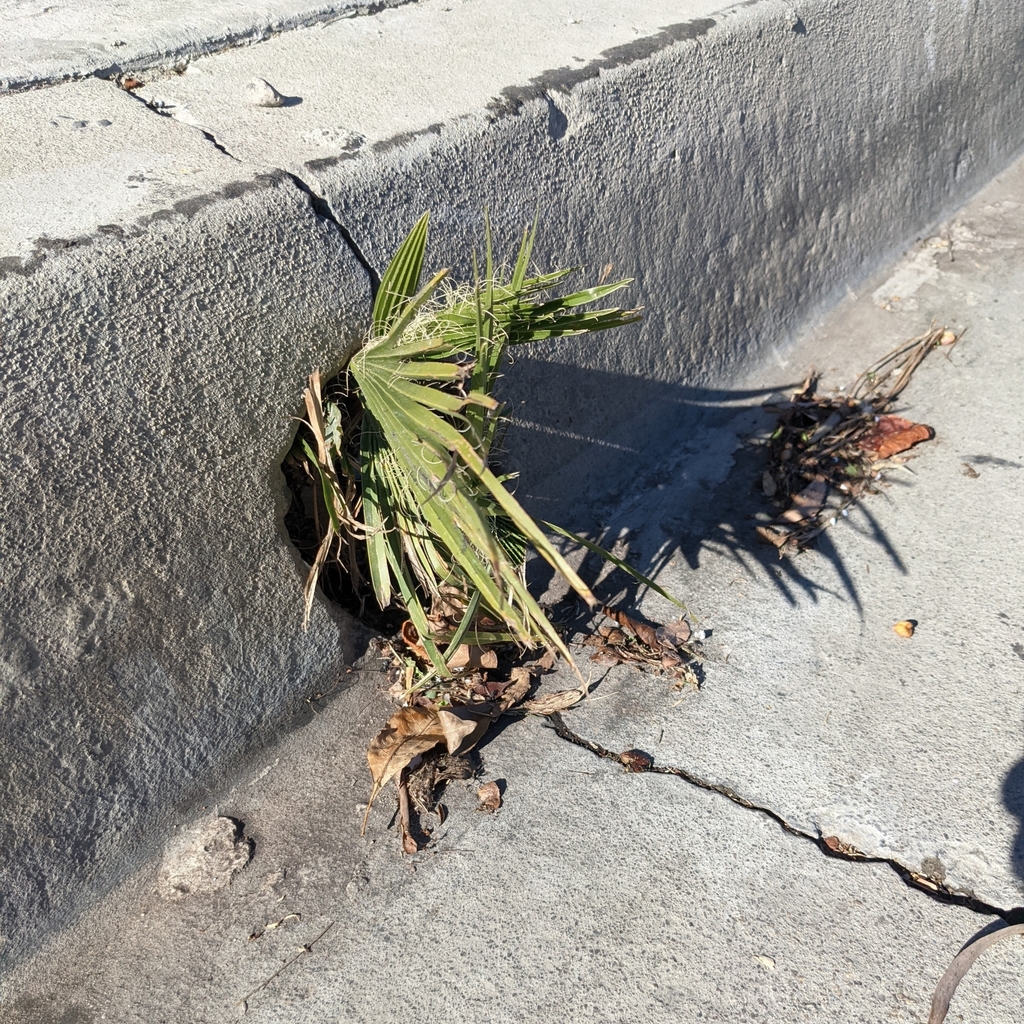 A zillion starlings were moving back and forth between the greenbelt and an electrical transmission tower.

A flock of #starlings moving back and forth between the ground and an electrical transmission tower (neither of which you can see here, but that’s what they were doing). 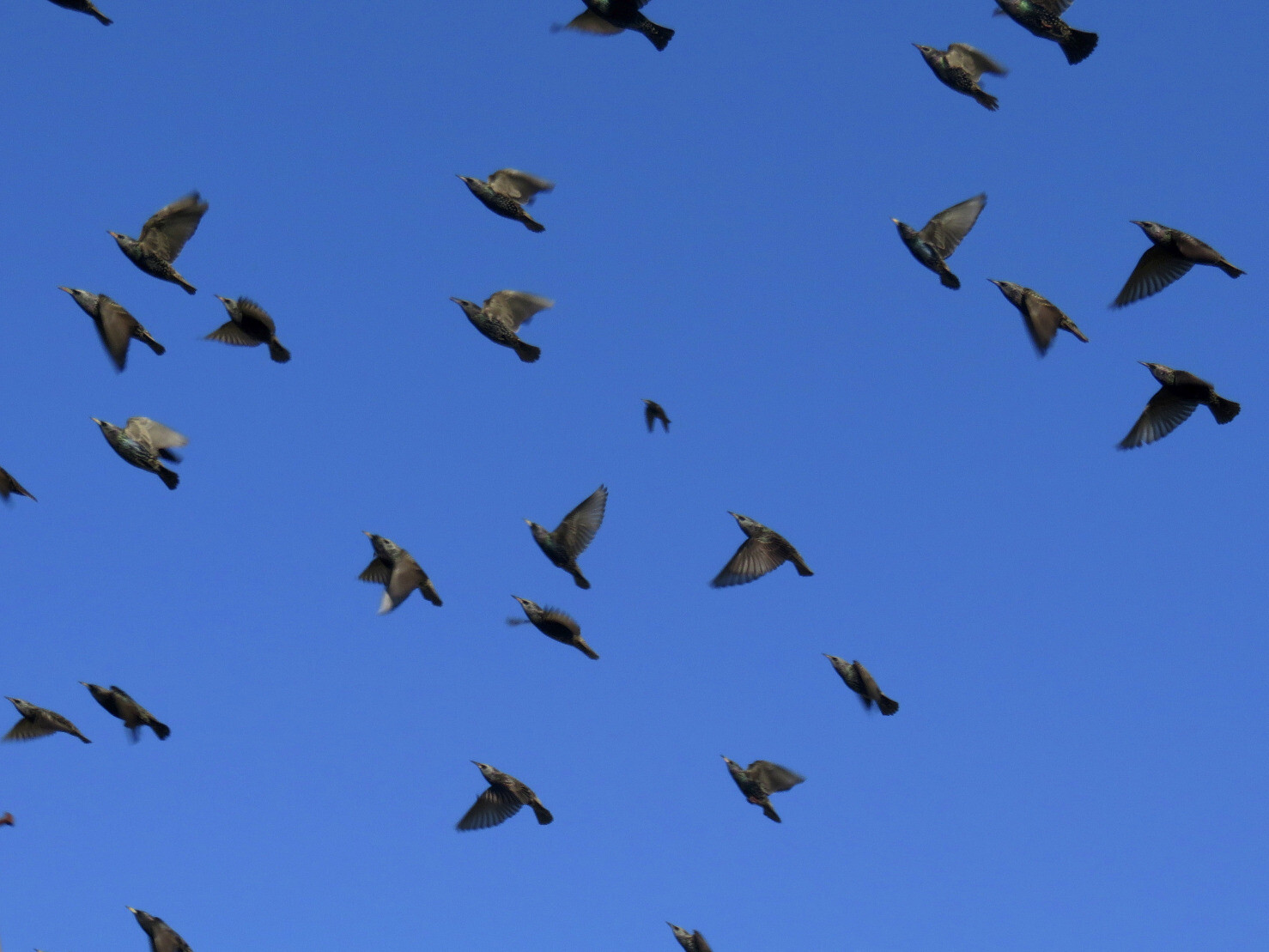 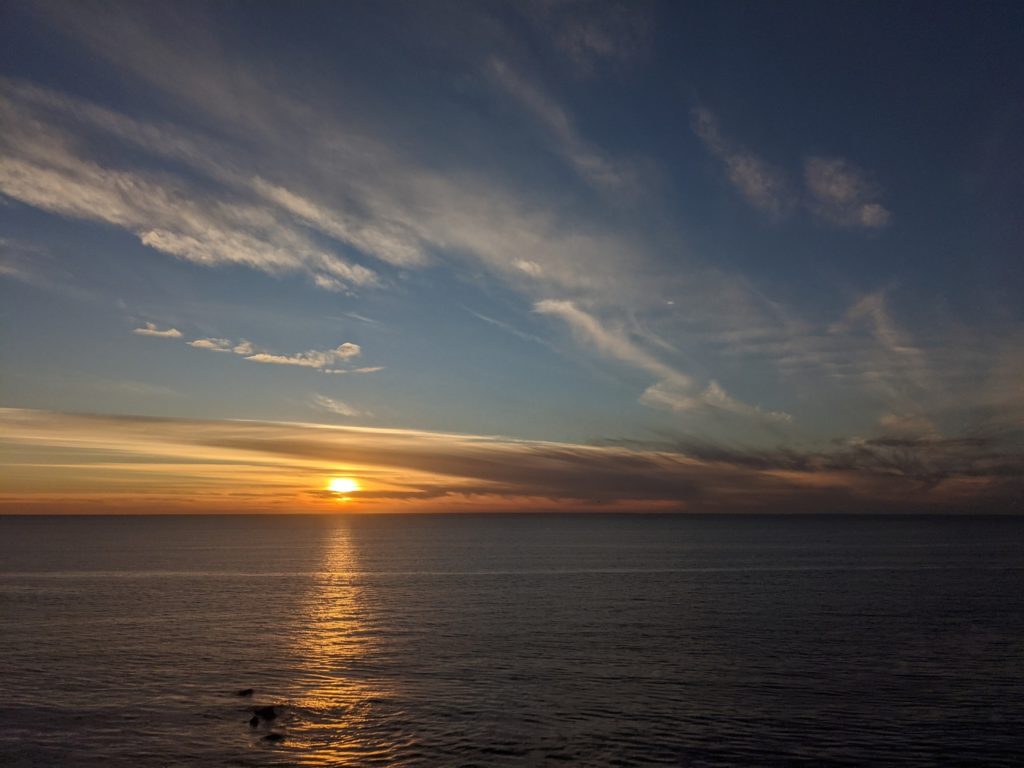 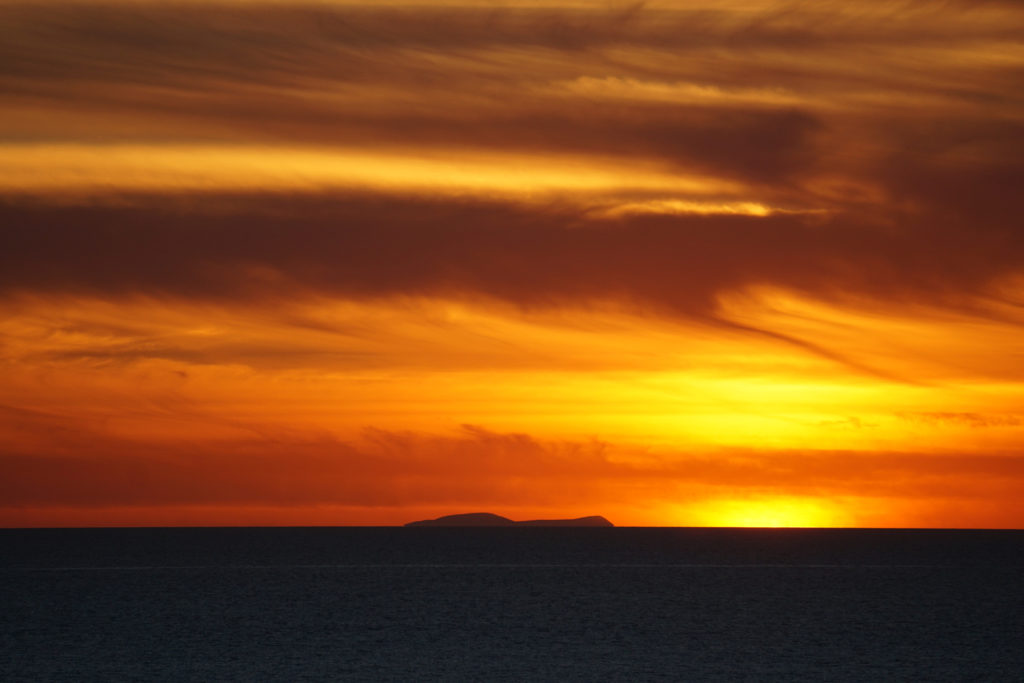 Two more shots from Bluff Cove, this time looking out at the ocean.

Small boat sailing on the bay seems like a good way to get out while staying isolated, and surfboards look like they’d be handy to measure minimum distance.

It’s been years since I’ve been on a boat of any sort. But I do remember enjoying small sailboats. Maybe I’ll look for a class when it’s safe to interact with people in person again. 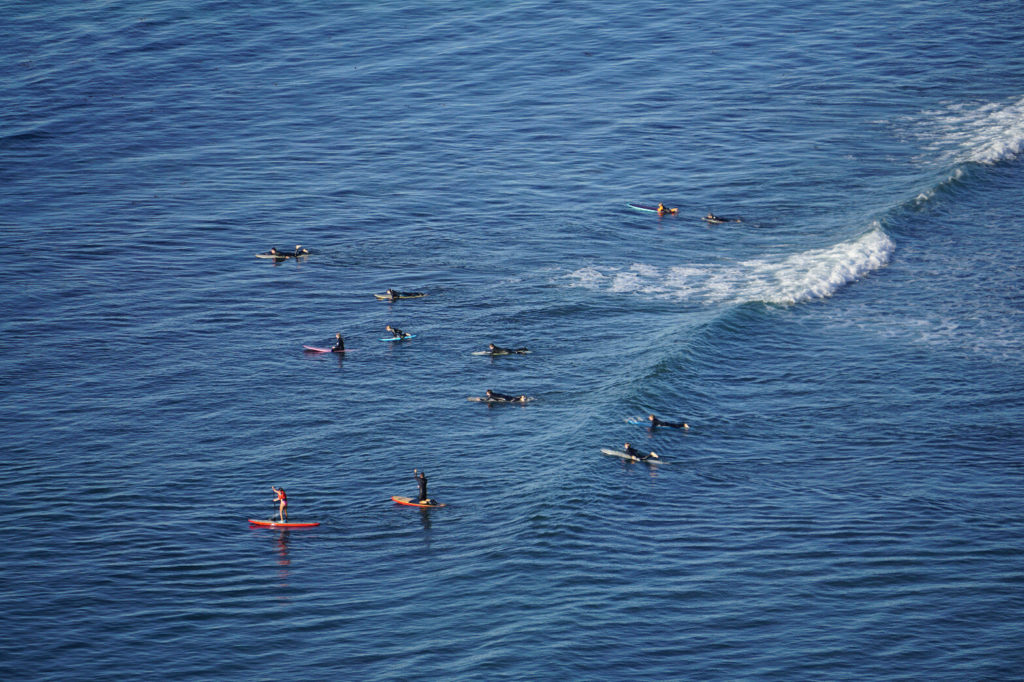 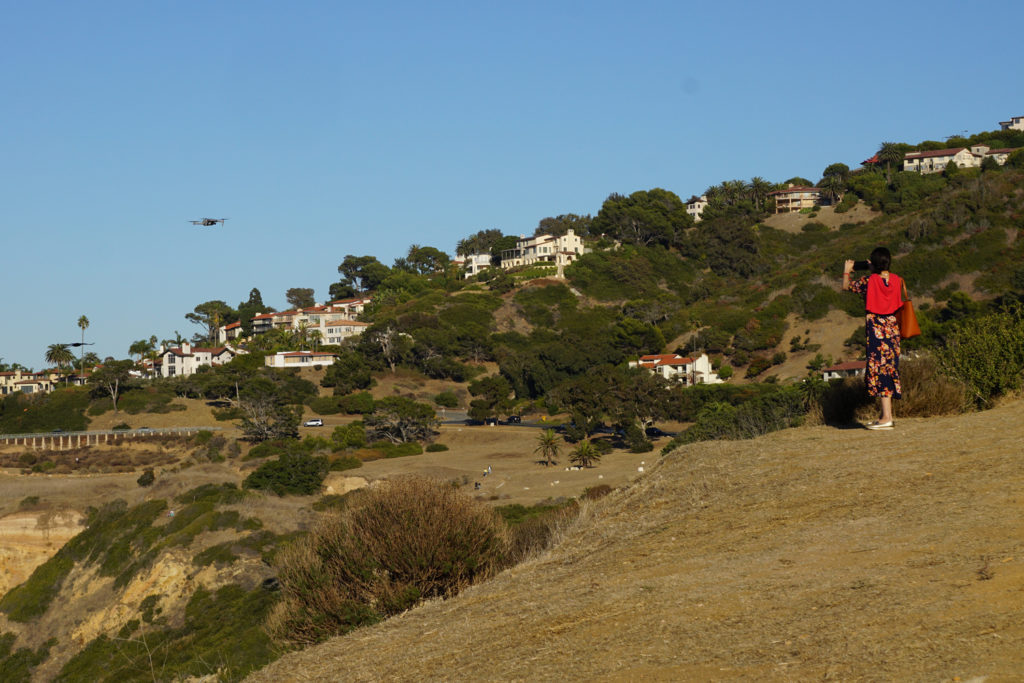 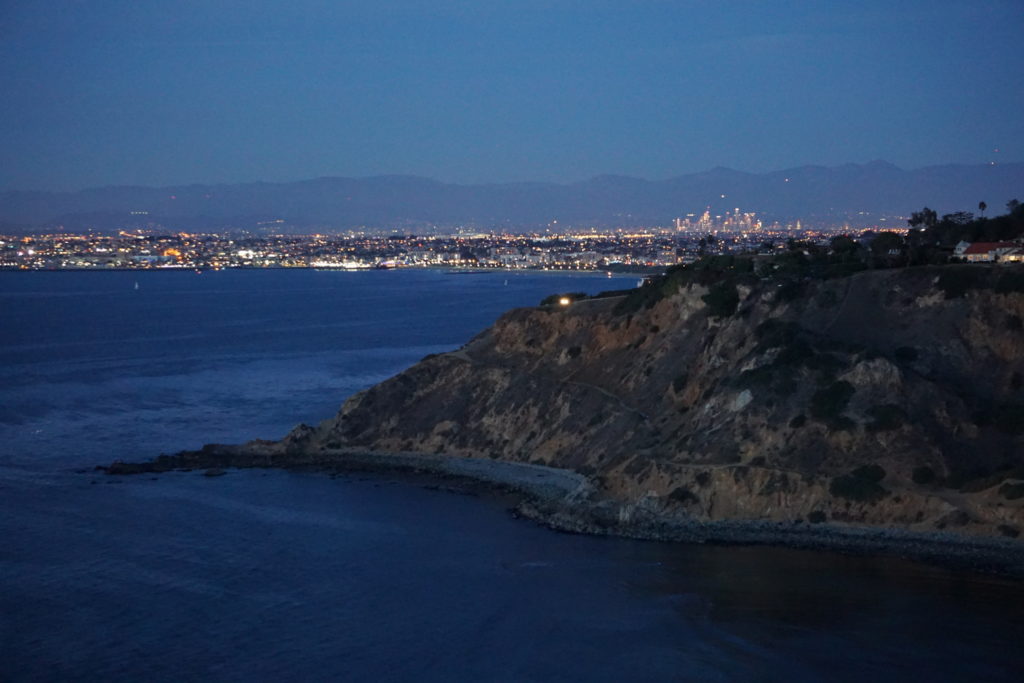 A white-crowned sparrow, spotted in the brush at the top of the bluffs at Point Vicente.

These birds *really* blend in well with the dry brush and dirt – it was really hard to see them except when they stopped somewhere with contrast like this. 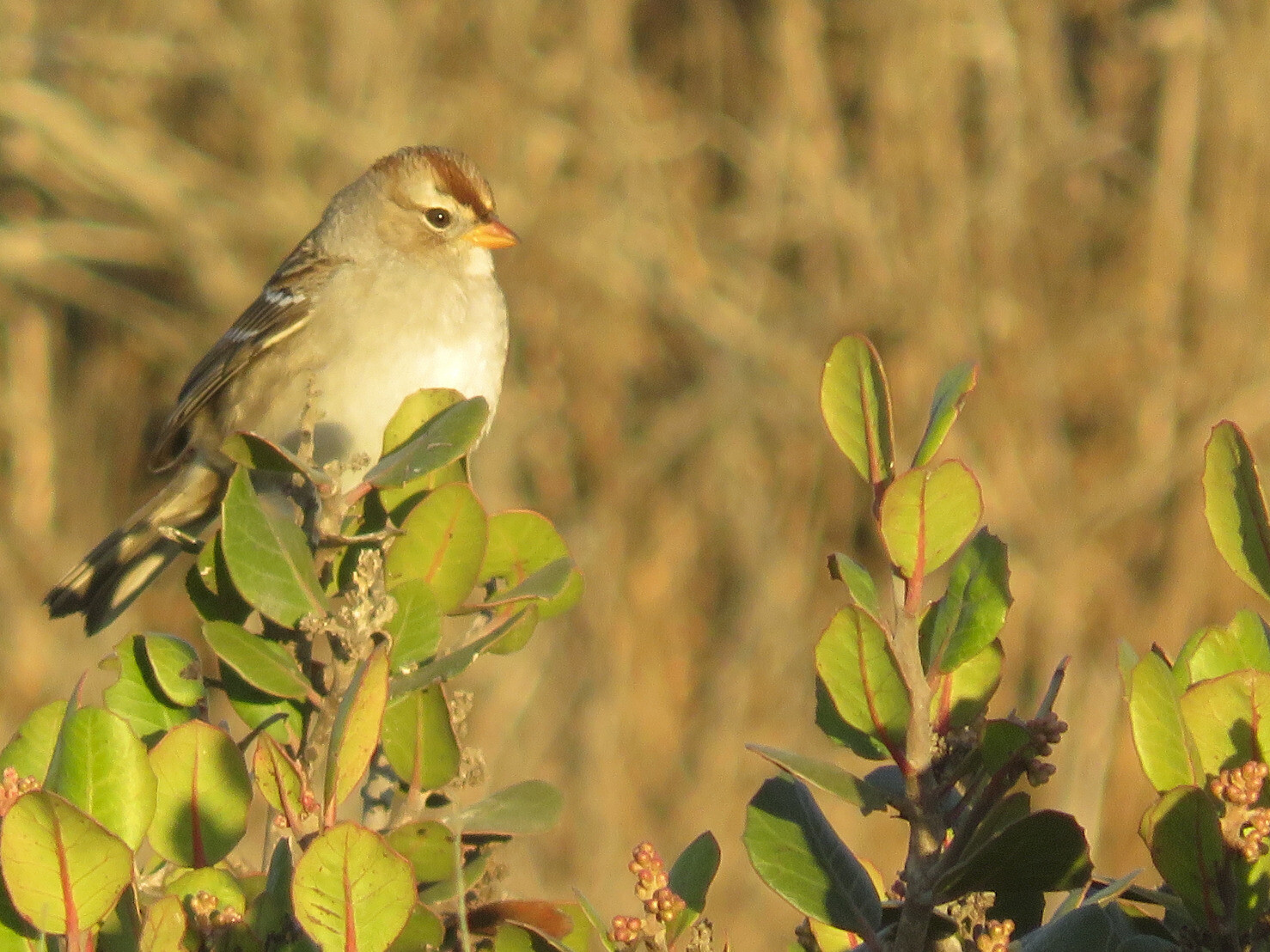 It turns out having a wide angle lens on your phone is really helpful for catching sun halos! 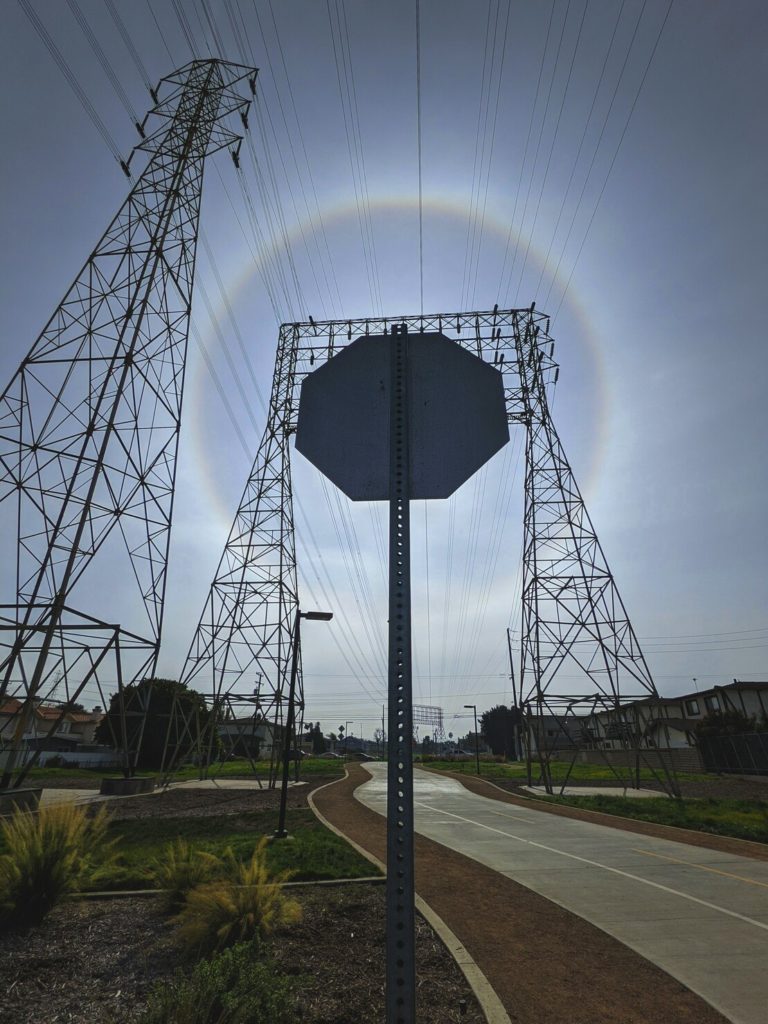