I caught up on Flash War and its aftermath. I feel like it could have been epic, but ultimately was just a way to break up #TheFlash family and set up the new Forces.

That’s a problem I’m having with DC #comics lately: Stories don’t feel like they start from the characters and new threats picking up where the previous story left off, they feel like they’re working backward from where everything needs to be to set up the next story and finding a way to get there.

It’s been like that for a while. It was a problem with Flash: Rebirth, with Countdown, with Full Throttle. I sort of feel like the early New 52 escaped the problem and built more organically, at least some of the books I was reading. But those kept getting cancelled.

If you compare Final Crisis to Metal, they’re both similar in structure: cosmic threat turns earth into a nightmare between panels, the heroes seek help from the multiverse to restore the world. But Final Crisis *finishes.* Metal sets up the alloys, the Challengers & Hawks, the crack in the Source Wall. It’s more like COIE in the way it works hard to set things up for the coming year(s) of stories.

The bot I set up to post articles on #TheFlash from the Speed Force blog seems to be working. check out @SpeedForce if you’re interested.

Recent posts include reviews of last night’s TV episode, “The Trial of the Flash” and last week’s comic issue, “A Cold Day in Hell” 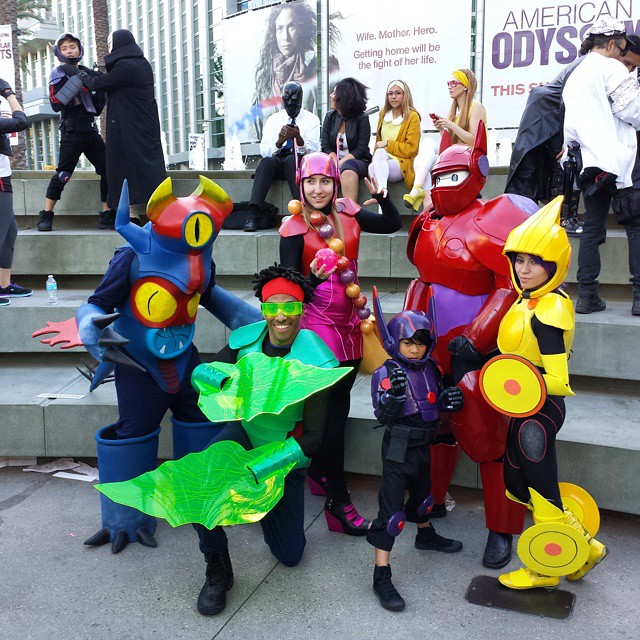 Remember the famous painting “A Sunday Afternoon on the Island of La Grande Jatte” by Georges Seurat? … What do you mean, “No”? Really? How about this … Remember the pointillism painting from Ferris Bueller’s Day Off? Ah, now we’re on the same page.

Aside from putting Sondheim in my head, the great thing about this is that the pointilist style works the same way as the four-color printing process: tiny little dots of color that, when you stand back, combine to form other colors. Perfect choice.