I made my final post on #GooglePlus yesterday: Ivanova’s closing narration from “Sleeping in Light.”

“Babylon 5 was the last of the Babylon stations. There would never be another. It changed the future .. and it changed us. It taught us that we have to create the future .. or others will do it for us. It showed us that we have to care for one another, because if we don’t, who will? And that true strength sometimes comes from the most unlikely places. Mostly, though, I think it gave us hope .. that there can always be new beginnings .. even for people like us.”

@Einahpets Used to be the Flash (comics, way before the TV show) and Babylon 5. Actually going back further I wrote fanfic for Blake’s 7.

For years I obsessively maintained a Flash fan site with character bios & appearances, starting in the pre-wiki era & keeping it going because I was doing research into the old issues. I still maintain a fan blog, but I don’t write much for it anymore.

RT @straczynski: Sonuvagun…all five seasons of Babylon 5 will begin streaming on Amazon Prime next month. At last it’s someplace where people can actually see the freaking thing and newcomers can find it while browsing. https://www.comingsoon.net/movies/news/946319-amazon-june-2018-movie-and-tv-titles-announced 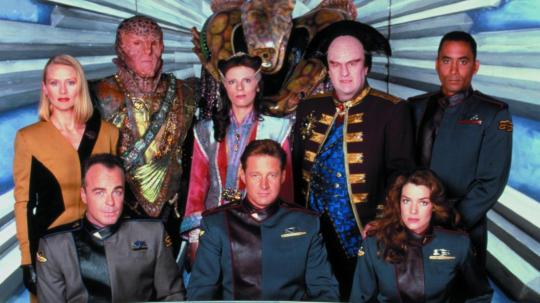 Thank you for reading. As for what fandoms will be around in the future, I hate to say this because I love the show and I think it’s very high quality, but based on what I know about how fandoms rise and fall, I have a hard time imagining a scenario that Babylon 5 fandom will be alive in 5-10 years. It’s not a dead fandom yet, but one that has a terminal illness.

Mostly, it’s due to the fact that it isn’t available for streaming on normal platforms people actually use, and due to the nature of the special effects (which you can read about here), there are challenges in converting it to High Definition (a non-negotiable part of rebroadcasting something or streaming it in today’s world), so as a consequence, an entire generation went by that’s never heard of it. Most fandoms don’t recover from a lost generation. Hell, Babylon 5 isn’t even available on Blu-Ray, which is a low bar to clear (I don’t actually know anyone in real life who owns a dedicated blu-ray player that isn’t a playstation or something). 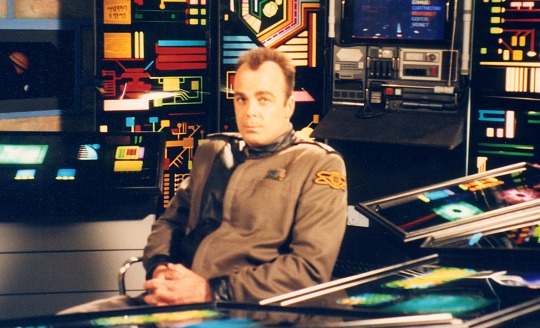 Combine that with the fact that, tragically and due to unfortunate happenstance, at least half of the Babylon 5 cast is no longer with us, you have a scenario where B5 can’t be legitimately continued, denying the fandom the oxygen of a revival or continuation.

Heck, Babylon 5 is already starting to fade from consciousness, which is amazing for something that was, at one point, like the second or third biggest active scifi fandom. Ask yourself: do you have a co-worker with a Starfury model on their desk? If you were to quote it, would anyone catch the reference? When was the last time you saw a Babylon 5 shirt? That’s kind of amazing when it comes to a show that does the Lilo and Stitch thing of repeating a phrase a dozen times until you get it (”Ohana means family”). 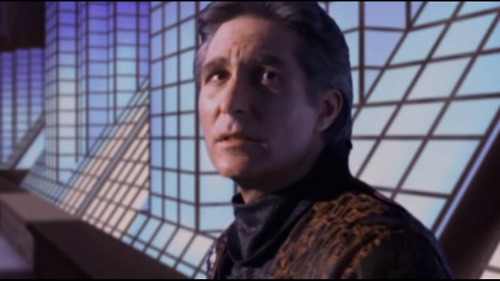 Also, the most notable thing about Babylon 5 is that it was an arc show with one continuing story. That’s a problem because there’s nothing special about being an arc show now, with a single story through line; in the post-Sopranos TV era, every single show is like that now. Even procedural crime shows have arcs and season-long story through lines these days. 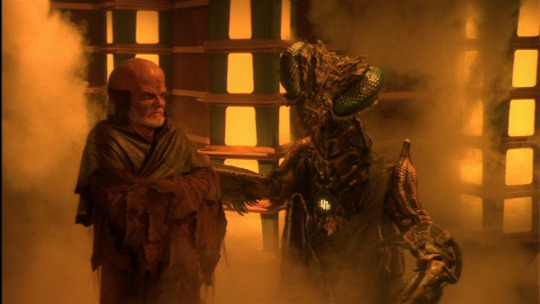 Also, B5 is out of step with modern aesthetics about what TV shows are like (and I am not referring to the special effects). If you think of
creativity as biological evolution, most modern genre shows are descendants of B5’s contemporary, Whedon’s Buffy the Vampire Slayer: centered around quippy dialogue, Scream-type genre self-awareness, reversals of expectations. Babylon 5 is out of step with that, old fashioned, a bit overwritten; characters like to monologue about Winston Churchill. 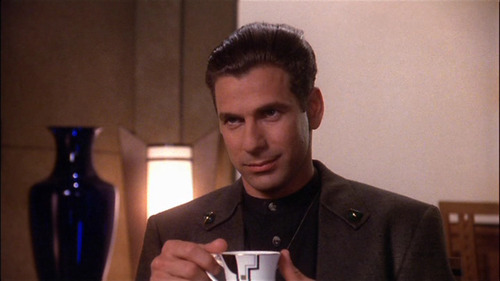 Again, I am not saying this is “bad” (I like B5 and it is what it is) but I can see how it can be offputting to someone looking at it with fresh eyes. TV fans are more oriented toward the new than movie fans are, so TV viewers are more likely to be pulled out by things like black and white, stylistic acting, and so on.

Hey, remember how at the time, Babylon 5 was seen as a daring new breakthrough that would make television history, on the level of Twin Peaks or something, and Star Trek: Deep Space 9 was seen as an awkward middle child cash in for an increasingly tired and oppressively omnipresent scifi franchise? It’s amazing how the consensus view on both shows is now totally reversed; B5 is now seen as a good show but very, very much of its time and not a television breakthrough, and DS9 is now seen as, if not the best Trek show, as maybe one of the high points of the entire Trek franchise? Rediscovery on streaming made the difference for DS9’s reputation, something B5 unfortunately didn’t get.

The ambush sequence, while long, is important in a lot of ways. Not only is it a turning point for Thenardier, Valjean, and Marius, but it shows a side of Javert that we don’t see very often: the heroic protector of society.

We see him pursue Valjean across the years in service of an unjust law.

We see him persecute Fantine on the say-so of someone who just happens to look more respectable than she does.

We see him infiltrating the student uprising (though to be fair, that’s a matter of perspective – he’s only the “bad guy” because the rebels are our viewpoint characters).

Here, placing him against Thenardier and Patron-Minette, we see Javert at his best.  There’s no moral ambiguity. They’re the bad guys, he’s the good guy, and he’s actually pretty damn badass. It’s what sets an antagonist apart from a flat-out villain, and what gives him a depth of character that makes him almost appealing.

It reminds me of something J.Michael Straczynski said about Bester, the Psi-Cop played by Walter Koenig on Babylon 5: After a few appearances, “the next time we saw him, he either had to win, or he had to be right. If he lost again, it’d cut his credibility out.” Without this scene, Javert remains a caricature, a symbol of law as villain. With it, we see him win and be right, and we get to see that his personal view of himself isn’t completely self-delusion.

Javert’s problem is that he sees the world in such black-and-white terms that everyone who has transgressed, however minor, becomes a criminal in his eyes, worthy of punishment rather than protection. Himself included, as seen when he confesses to M. Madeleine that he’s denounced his superior. (It must have been such a relief to learn that he’d been right all along about Madeleine’s identity.)

Babylon 5 vid to Nobody’s Side from Chess.Reminded of it by the new LesMis song that sounds like Someone Else’s Story

After realizing that “Suddenly,” the new song in the Les Miserables movie, reminded me of “Someone Else’s Story” from Chess, I decided to dig out that soundtrack. And that reminded me of this official Babylon 5 music video set to “Nobody’s Side.”

Valjean went for a long walk, met himself, and realized he didn’t like himself much. #ReadingLesMis #Babylon5