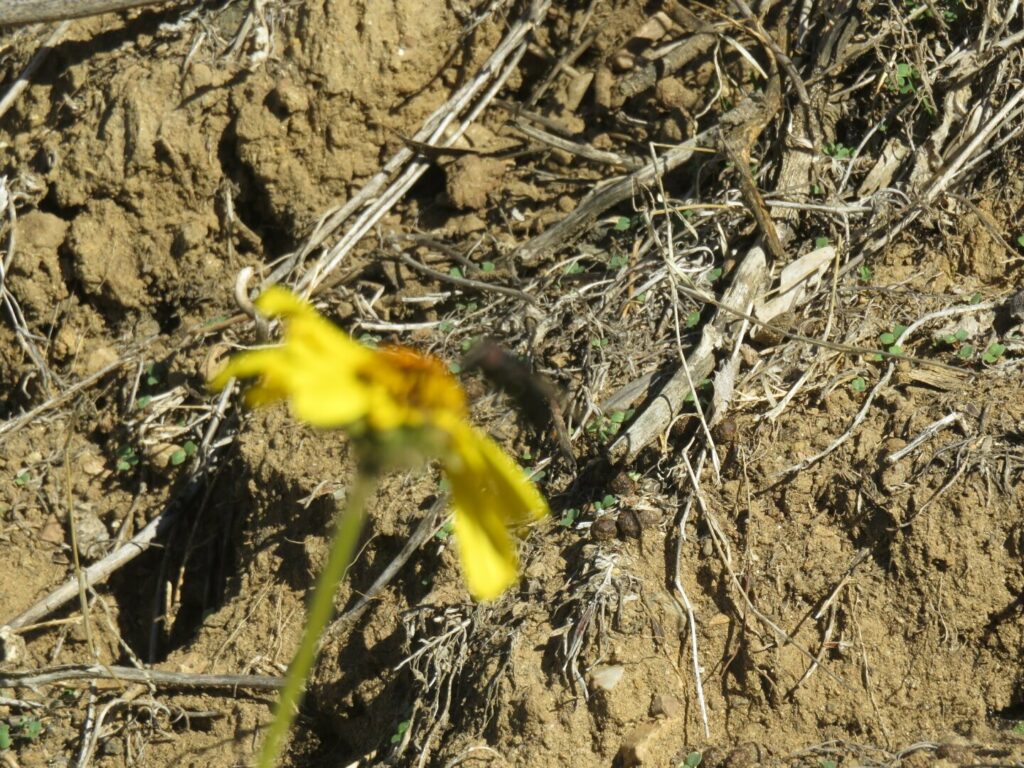 And this is a piece I like to call “Damn you, Autofocus! Damn you to Hell!”

I went on a hike today, up in the coastal hills near Los Angeles. I took a trail along a (dry) streambed up through a canyon, which is variously known as George F. Canyon or Georgeff Canyon. No one knows who George (or Georgeff) was – they just found it on an old map when they dedicated the nature preserve.

There was SO. MUCH. POISON OAK. You really do not want to stray much from the path here!

I just looked at the Archive Team twitter collection again — in the last couple of days they've changed the thumbnail image for new collections from a bird with boxing gloves to…well… (warning, it's a bit musky) 😂

Finally got the archvie for my main birdsite account. Still waiting for the two alts I requested at the same time, one of which is a lot smaller than the main.

FWIW I do have older archives (from when I used the site more), plus an informal archive of more recent posts generated through IFTTT recipes, I just wanted to make sure I had a clean copy of each.

Anyway, gonna spend my Friday evening looking for a new coffee maker since the old one broke more thoroughly this time, and it won't be fixable with a few inches of silicone tubing. *grumble*

NVIDIA's RTX 4090 card has been getting so hot its *power cables have been melting*! 😱

Apparently it's hard to tell whether the power adapter has actually snapped in, and if it's just a little bit off, it can come loose enough to overheat.

Got a text message allegedly from my ISP about an soon-to-be-due bill that was roughly *twice* my monthly bill, and click here to pay it.

Then I remembered that last month they were revamping their online payment system and said they couldn't accept payments at that time, but wouldn't count them as late if paid with this month's bill.

Which means it's actually legit.

Still not using that link when I pay the bill, though.

This Sarah's Scribbles comic is so true

The reason Arlo, Sierra and Cliff all act like they’ve never lost a battle before isn’t just posturing. It’s that Giovanni neuralizes them after every defeat. If they can’t remember losing, it can’t affect their confidence, right?

(Not to be confused with head *cannon*, which of course you can find on Genesect.)

Beginning to wonder if someone [over there] used to generate the archive export files by hand and they got fired.

Awkward: Thanks & Thanos differ by only one letter

Anyone know how to change the scroll wheel speed on Gnome Web or other Chromium browsers?

I really like the way the Mastodon web UI works as a PWA installed to the desktop, but I’m really frustrated by the much slower scrolling compared to Firefox (which, annoyingly, won’t install a PWA)

Had to enable slow mode for the first time!

﻿Their guide to planting #microforests in the LA area is live!

If I lived somewhere where I had a big enough yard and could choose how to use it, I would be all over this.

It is so weird to see triple-digit boosts in the feed.

The funny thing is all the viral posts about how Mastodon is designed to make it harder for things to go viral.

With comment threads longer than I’ve seen in ages.

(And yeah, I’m guilty of boosting some of them too!)

Time for me to stop contributing to the problem of over-saturating the feed with meta-commentary.

Hmm, I wonder if the hanging city below the crust of Brittle Hollow in #OuterWilds was inspired by the cliff dwellings at #MesaVerde

I have been using the “advanced” interface for #mastodon (TweetDeck style) ever since I joined, mostly because I never got around to trying out the now-standard one when it was introduced.

But with all the new people on the fediverse lately, I’m kind of getting overwhelmed by the multi-column UI.

So I thought I’d give the simpler one a try.

And you know what, it’s actually a nicer balance! Going to try this and @pinafore and see which I end up liking better for desktop.

One problem: I don’t see a way to pin hashtag searches in either of them the way I can in the multi-column view. (I’m thinking it should appear similar to the Lists feature.) Am I missing something, or is it just not implemented in either of these UIs?